The UK docket has the monthly GDP and the fourth quarter GDP releases today, alongside the releases of the Kingdom’s Trade Balance and Industrial Production, all of which will drop parallelly later on Tuesday at 0930 GMT.

The United Kingdom GDP is expected to arrive at +0.2% MoM in December while the Index of Services (3M/3M) for December is seen lower at 0.0%.

On an annualized basis, the industrial production for Dec is expected to have dropped by 0.8% versus -1.6% previous while the manufacturing output is also anticipated to have declined by 1.0% in the reported month versus -2.0% last.

Separately, the UK goods trade balance will be reported at the same time and is expected to show a deficit of £10.00 billion in Dec vs. £5.256 billion deficit reported in Nov. 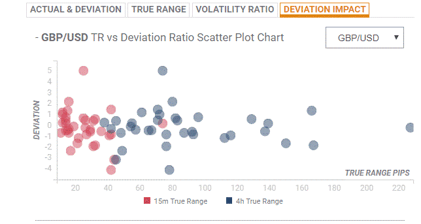 At the press time, the GBP/USD stalls its recovery momentum and turns negative, battling the 1.29 handle, with all eyes on the critical UK macro releases.

According to FXStreet’s Analyst. Haresh Menghani: “Traders are likely to wait for a sustained weakness below 100-day SMA, around the 1.2895 region, before positioning for any further depreciating move. The pair then might accelerate the slide further towards the 1.2830-25 horizontal support en-route the 1.2800 round-figure mark.”

“On the flip side, the 1.2950-60 region now seems to have emerged as an immediate strong resistance, above which the pair is likely to aim towards reclaiming the key 1.30 psychological mark – representing a short-term ascending trend-line support break-point. Any subsequent recovery is likely to confront some fresh supply and remain capped near the 1.3025-25 resistance zone,” Haresh adds.

The USD/JPY pair gained some follow-through traction for the second consecutive session on Tuesday, with bulls now eyeing to reclaim the key 110.00 ps
Read more Previous

Day ahead: Central bankers to dominate the agenda – Deutsche Bank

In the view of the Macro Strategists at Deutsche Bank, global central bankers will be dominating the agenda, with a number of key speakers, apart from
Read more Next
Start livechat