When are the UK CPIs and how could they affect GBP/USD?

The cost of living in the UK as represented by the consumer price index (CPI) for December is due later on Wednesday at 0930 GMT.

The headline CPI inflation is expected to arrive at +0.2% inter-month in December while the annualized figure is seen steady at +1.5%. The core inflation rate that excludes volatile food and energy items is also likely to have steadied at 1.7% YoY last month. 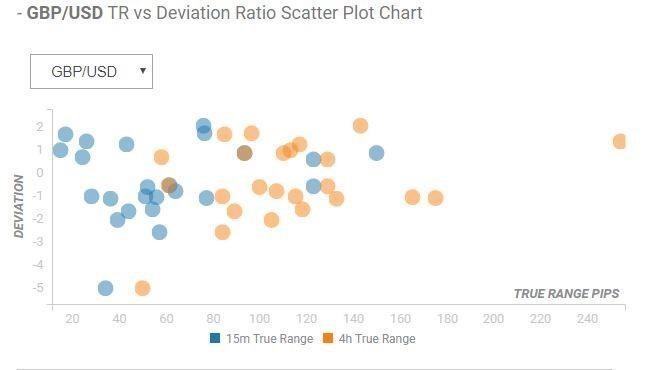 Readers can find FX Street's proprietary deviation impact map of the event below. As observed the reaction is likely to remain confined between 15 and 80 pips in deviations up to 2 to -3, although in some cases, if notable enough, a deviation can fuel movements of up to 120 pips.

At the time of writing, GBP/USD is trying hard to regain the 1.3050 level, as it remains well bid ahead of the UK CPI data release. A below-forecast UK price pressures data could revive the recent downtrend in the pound. Meanwhile, the cable could extend the correction towards 1.3080 should the data blow past expectations.

According to FXStreet’s Senior Analyst Yohay Elam, “the Technical Confluences Indicator is showing that pound/dollar is sitting above a cluster of support lines at 1.3018, an area which includes the previous weekly low, the Bollinger Band one-hour Middle, the Fibonacci 23.6% one-day, the Simple Moving Average 5-4h, and the BB 15min-Lower. If it rises from this level, substantial resistance awaits at 1.31, which is the convergence of the SMA10-one-day, the Fibonacci 38.2% one-week, and the SMA 200-4h.”

About the UK CPIs

The Consumer Price Index released by the Office for National Statistics is a measure of price movements by the comparison between the retail prices of a representative shopping basket of goods and services. The purchasing power of GBP is dragged down by inflation. The CPI is a key indicator to measure inflation and changes in purchasing trends. Generally, a high reading is seen as positive (or bullish) for the GBP, while a low reading is seen as negative (or Bearish).

Norway Trade Balance rose from previous 18.8B to 25.6B in December

Norway Trade Balance rose from previous 18.8B to 25.6B in December
Read more Previous

EUR/USD maintains scope for a deeper sell off – Commerzbank

According to Karen Jones, analyst at Commerzbank, EUR/USD pair maintains scope for a deeper sell off to the 100 day ma at 1.1066, but we should see so
Read more Next
Start livechat