FXstreet.com (Barcelona) - On March 1 the HSBC Global Research Team put out what was qualified in the industry as a brilliant analysis, independent of what the final outcome may be. In words of Francesc Riverola, President at FXstreet.com, "you can agree or disagree with their conclusions..., but for me, this is a brilliant piece of analysis..."

Ont that piece, HSBC walks clients through how events may unfols for trading the USD/JPY, breaking it down into 3 phases.

The first is what they call "Verbal promises", defined as "pledges to a future radical easing of policy, float ideas of foreign bond buying programmes, negative interest rates, unlimited quantitative easing, and the promise to end deflation..." which will effectively end today as we enter phase 2.

The phase 2, is what HSBC calls "Action", and qualified by the ban as "a far more testing phase as any slippage will reverse gains" they say. In case no radical policies are introduced in the near term, with today being the very first big test, HSBC believes "this is the phase when the USD-JPY rally will start to trip up."

On phase 2, HSBC looks at three key questions on action. "Answers of “yes” “yes” and “yes” lead to a higher USD-JPY. Our core assumption for USD-JPY is that radical action will not happen and that we will largely follow the ‘no’ line" says HSBC. 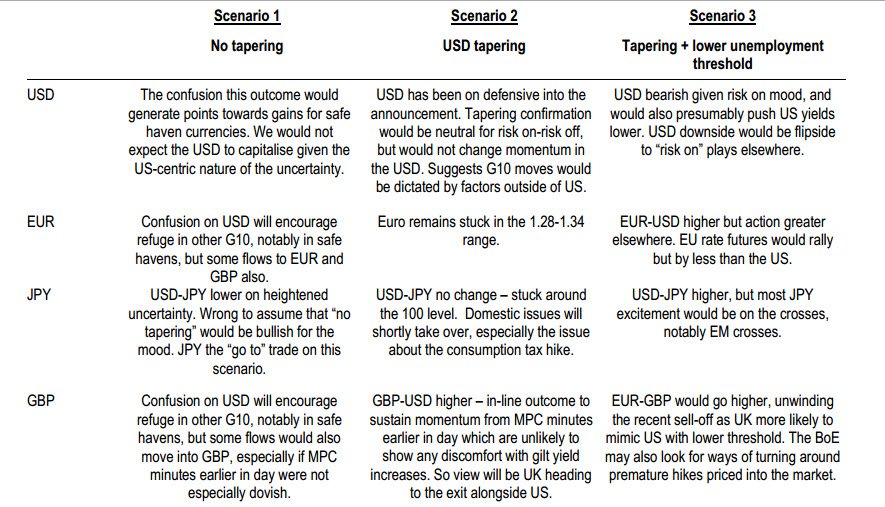 
The final phase 3 is called "Results", and this is where HSBC speculates that if projections on Yen appreciation are wrong through Phase 2, and radical action is forthcoming, then more benefit of the doubt will be given and somehow justified, although they warn that if policies are not translated into tangible and palpable outcome such as, not just higher inflation, but also higher wages growth, real economic gains alongside supply-side reforms, that would be a catalyst for Yen strength.

On their early March BoJ report, they conclude by saying that: "We have reached an inflexion point in the process, when words are priced in and action is needed. With a speculative market still positioned short in JPY, and much drama arguably already in the JPY after its +20% slide since August 2012, the risk for disappointment is growing. Phase 3 feels a long way away. We retain our view that USD-JPY will fall all the way back to 80 by year end."

USD/JPY, big imbalances btw specs and commercials ahead of BoJ

According to last COT, the Commitment Of Traders from the CFTC report, which tracks positions in future markets from previous Tuesdays to latest Friday by NY closing time, 85% of commercial traders, held by March 26, were long positions in Yen futures.
Read more Next
Start livechat