US GDP INCREASED BY 2.6% IN THE SECOND QUARTER

The US dollar received some much needed support from the better than expected pace of economic expansion. US GDP grew by 2.6% in the second quarter of 2017, which is 0.1% more than forecasted. Positive statistics on the GDP growth in America leads to an increased probability of another rate hike by the Fed in 2017. Political tensions in the US, however, restrain the USD bulls but after the rally in EUR/USD price we do not rule out a price correction by 2-3%.

Spain’s GDP also grew by 0.9% for the second quarter of the year after an increase by 0.8% in the previous period.

The USD/JPY shows a decline in the amplitude of price fluctuations. Strong demand for defensive assets and mostly positive block of macro statistics from Japan are helping the bears to pull the quotes down. The unemployment level in the third largest economy in the world reduced by 0.3% to 2.8% in June and household spending grew by 2.3% in June versus the predicted rise by 0.6%. Tokyo’s core CPI increased by 0.2% in June after zero growth in May.

The Canadian dollar resumed its positive dynamics after some consolidation. The trigger for the sharp rise of the Canadian currency was the unexpectedly strong GDP figures in May, according to which the indicator rose by 0.6% in May, against the expected 0.2%. The positive impulse was also due to rising prices for crude oil, a key export product for Canada.

Euro quotes kept moving within the limits of the rising channel despite better than expected data on the GDP growth in the US. The next target in case of further increase is at 1.1800, the overcoming of which will open the way to the psychologically important 1.2000 mark. On the other hand, in order to switch to negative dynamics, the price needs to break through the strong support at 1.1620. 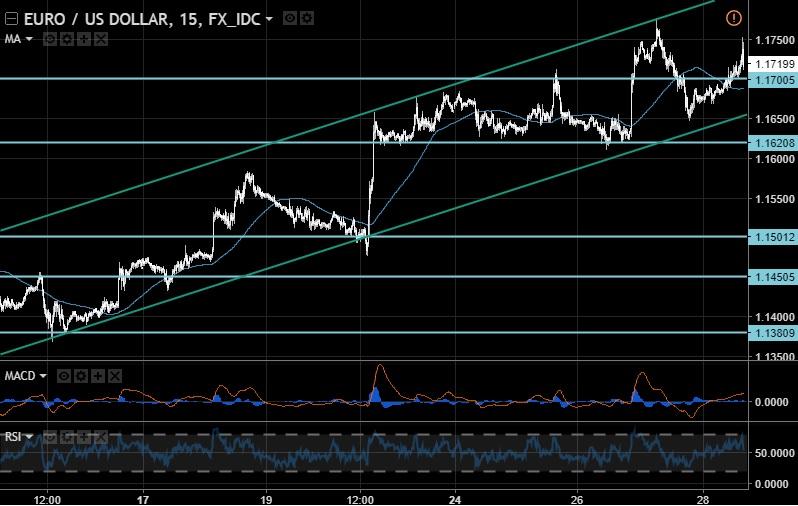 The USD/JPY quotes are consolidating in the triangle. Leaving of the limits of this figure may become a trigger for the sharp movement in either direction. The closest targets in case of growth will be near 111.70 and 112.00 and the fall is possible to 110.30 and 109.60. Traders are likely to be reluctant to build up new positions ahead of the weekend, but on Monday we may see increased volatility. 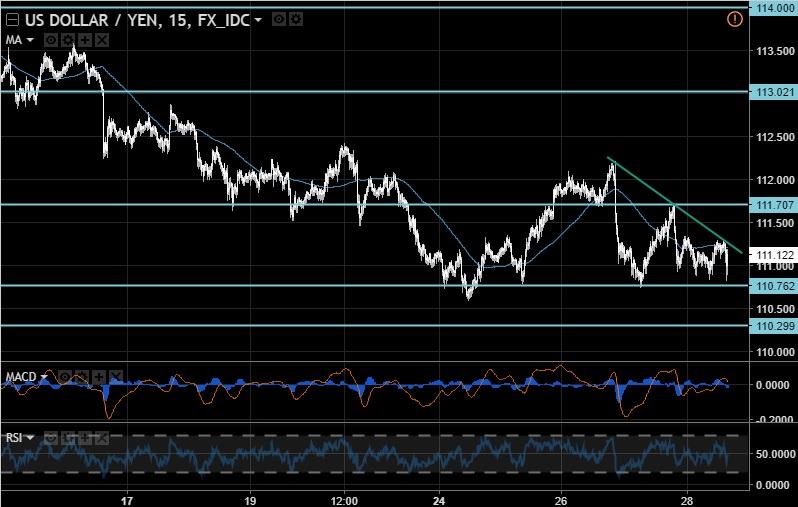 The USD/CAD has shown a rapid decline on the background of positive GDP report from Canada. As a result, quotes broke through the support at 1.2475 and may soon test 1.2400. The RSI on the 15-minute chart is in the oversold zone, pointing to a possible rebound with the potential of returning to 1.2475 and 1.2550. 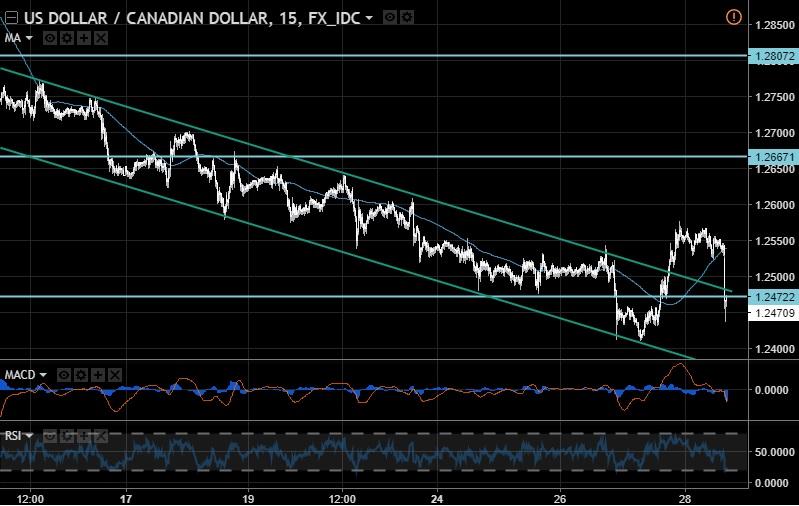 The strong GDP data from the US was unable to change the mood of traders concerning gold. Investors are still buying the precious metal due to increased fears about a political crisis in the US and low possibility of another rate increase by the Fed. The immediate goals within the positive dynamics are at 1270 and 1280. The descending movement within the correction is limited by the lower boundary of the rising channel and the support at 1252. 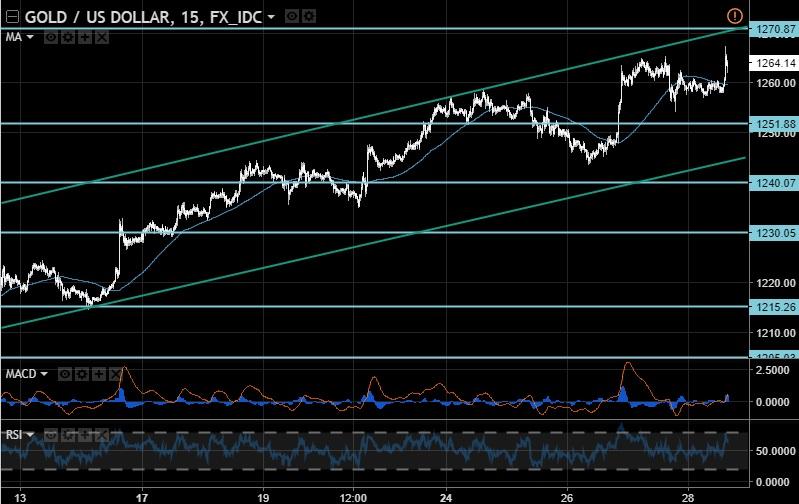