THE EUR/USD CONTINUES RISING AGAINST A DEPRECIATING DOLLAR

The EUR/USD price keeps moving within the rising trend on the background of a weaker greenback. The main factors keeping the US dollar under pressure are political tensions due to lack of progress on promised reforms by the Trump administration and investigations concerning ties between the American President with Russia. Investors are waiting for publication of the labor market report in the US on Friday. July’s data on non-farm employment change from ADP came in today at 178,000, missing expectations of around 187,000.

The British pound was unable to overcome multi-month highs around 1.3250 and retreated amid disappointing statistics on construction PMI that in July decreased to 51.9 versus 54.8 in the previous period. Hawkish rhetoric of officials of the Bank of England during tomorrow’s meeting on monetary policy may lead to further price growth.

The New Zealand dollar was hit by negative news on employment reducing by 0.2% in the second quarter of this year against the expected rise of 0.7%. The unemployment rate improved by 0.1% to 4.8% which met the forecasted figure.

Gold prices are consolidating after a confident rally. Investors are waiting for the release of labor market statistics in the US on Friday, which traditionally has a significant impact on the forecasts of interest rate hikes by the Fed. At the same time, the demand for safe haven assets remains strong due to uncertainty about future gains in the stock markets.

The euro lost some previously gained ground but is still moving above the important level of 1.1800. Its breaking may lead to further declines to 1.1700 and 1.1620. Breaking through the lower boundary of the rising channel may become a signal to sell with potential goals at 1.1620 and 1.1500. The next upside targets are located at 1.1900 and 1.2000. 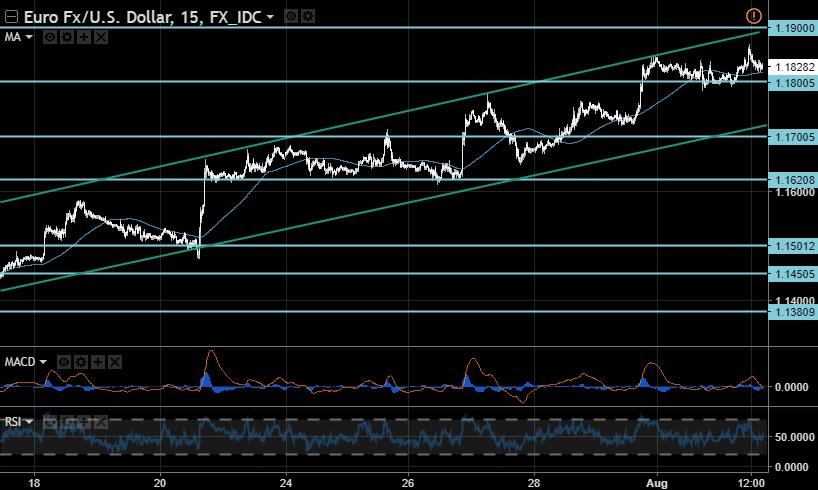 The GBP/USD tested resistance near 1.3250 but was unable to gain a foothold above it. In case of success, and its overcoming, the bulls will try to approach 1.3350 and 1.3400. Descending correction is limited by the lower limit of the channel and support at 1.3150 - breaking through it may be a powerful signal to open short positions with target levels at 1.3050 and 1.2950. 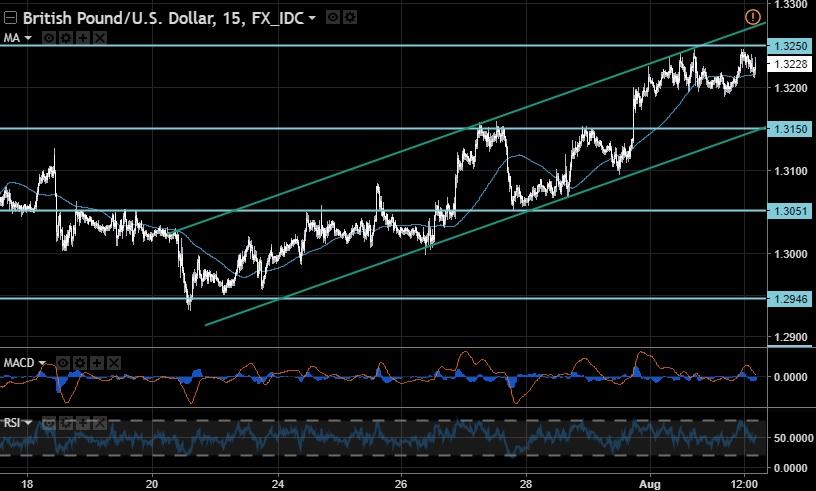 The kiwi quotes broke through the local support at 0.7460 and fell sharply. As a result, support at 0.7415 was approached. Breaking through this level may be a strong sell signal with objectives at 0.7200 and below. In order to resume rising dynamics, the price needs to climb above 0.7500 once again. 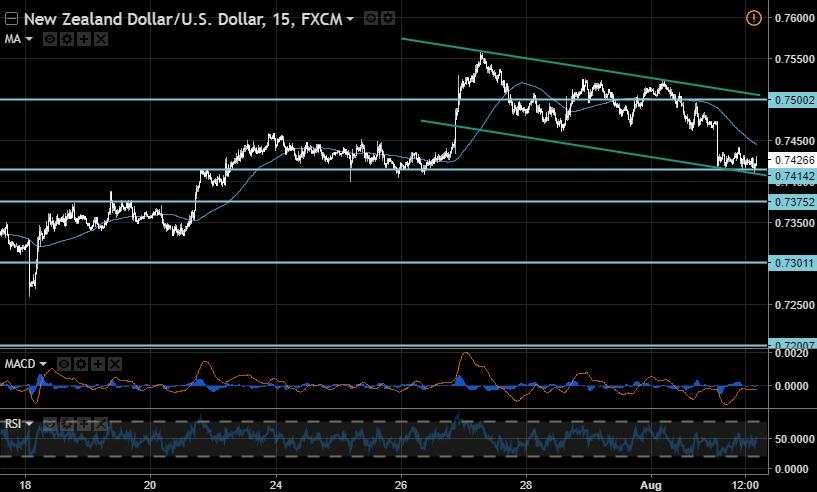 Demand for the precious metal remains high. Now the amplitude of price fluctuations has reduced and the quotes are moving mostly below 1270. The next upside target is near 1280, but we see a divergence between the price of gold and the MACD signal line, and that may become the basis for the start of a downward correction soon with the fall potential to 1252 and 1240. 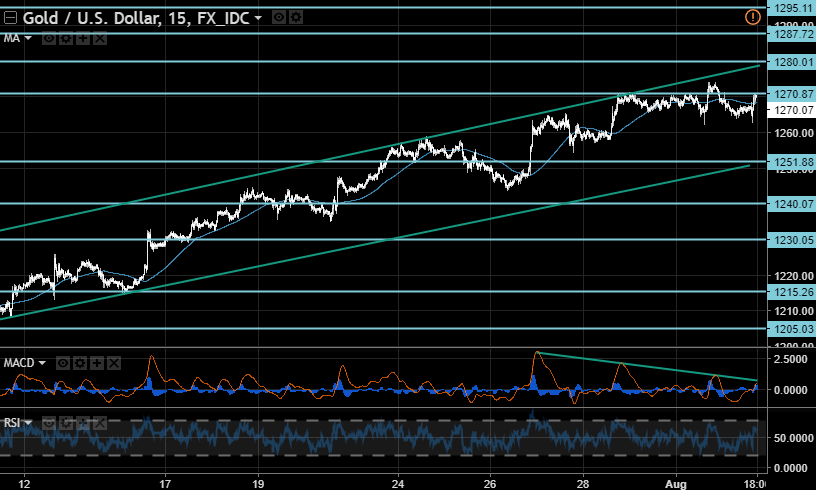