The greenback lost some ground after the release of disappointing data on the consumer price index growth in the US. The zero increase of inflation for June lowered the probability of another interest rate hike by the Fed for this year. Today’s publication of the Empire State Manufacturing index for June showed a decrease to 9.8% against a forecasted 15.2% which weighed further on the US dollar.

The common currency received support today from data confirming the previous reading of June’s consumer inflation in the Eurozone which was 1.3%. Markets will be focusing on the upcoming speech of the ECB’s president Mario Draghi on Thursday.

The pound was able to continue its increase thanks to a weaker US dollar and to positive statistics from the Rightmove’s house price index showing growth by 0.1% in June after the decline by 0.4% in May.

The AUD/USD resumed to increase on the background of strong macro statistics from China, where GDP growth remained at 6.9% for the second quarter. The Chinese Gross Domestic Product came in 0.1% better than expected and industrial production growth was 7.6% in May compared to the anticipated figure of 6.5%. China is the main buyer of Australian commodities and its economic expansion traditionally cheers the Aussie dollar bulls.

Crude oil quotes also received support from news of faster growth of industrial production in two major oil importing countries - the USA and China. Working against oil quotes are doubts over the agreement for production cuts to help offset the supply glut in the market. This is likely to restrain quotes from a strong upward trend in the near future.

The EUR/USD quotes are trying to fix above 1.1450 and in case of further growth and moving above the psychologically important resistance at 1.1500 we may see continued increase to 1.1620. On the other hand, after confident growth during the last weeks, we may see the price rollback with potential of reaching the inclined support line and the level of 1.1300. 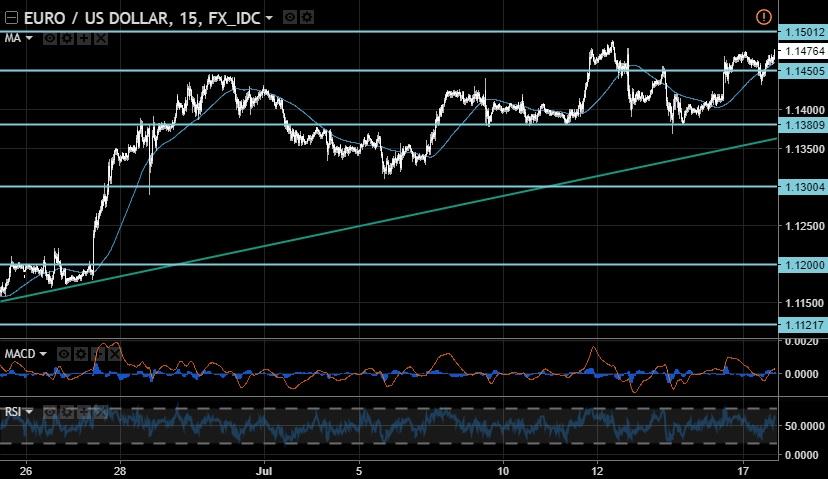 The British pound after some consolidation near 1.2950 was able to renew the multi-months high around 1.3050 and currently is trying to fix above it. After the recent descending correction, we may see growth resume with the first target level near 1.3250. In case of decline the closest supports will be found at 1.2950 and 1.2800. 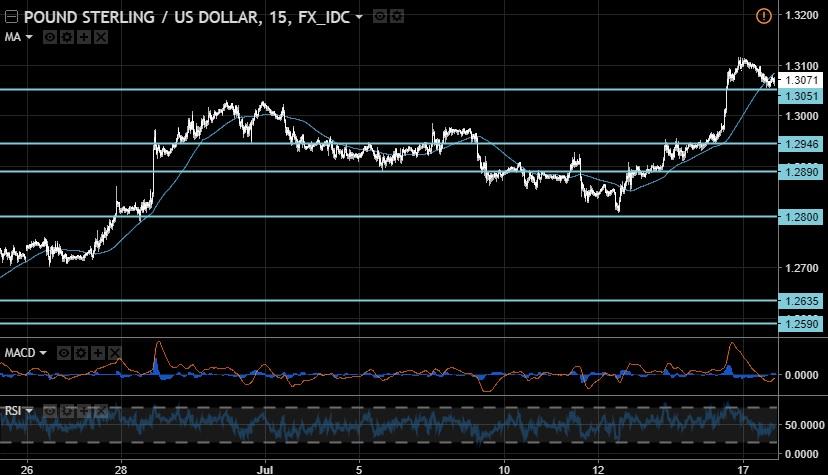 The aussie is showing a confident upward impulse due to a better outlook for commodity markets and positive news from China. After gaining a foothold above the level of 0.7800, the next targets for the bulls will be at 0.7880 and 0.8000. In order to change the current trend to negative, quotes need to break through the support at 0.7800 that coincides with the local minimum. This scenario may become a strong sell signal with the fall potential to 0.7740 and 0.7700. 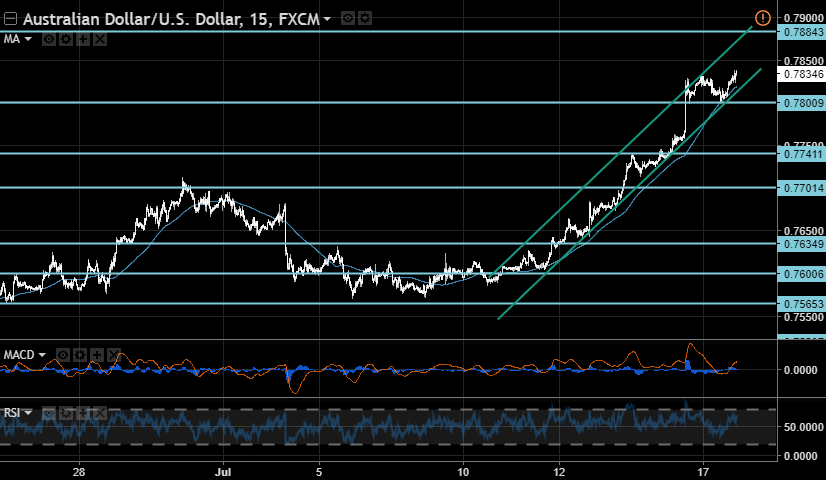 The WTI price was not able to reach the strong resistance at 47.00 and retreated to the lower limit of the ascending channel. In case of its breaking, the next target lines will be located at 45.40 and 44.70. While continuing growth within the channel, the American crude oil benchmark may hit resistance levels at 47.75 and 48.35. 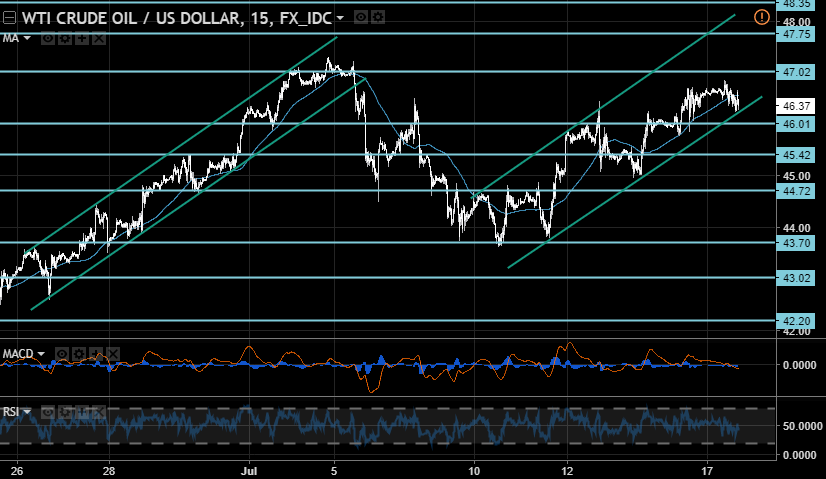 The decrease in the possibility of another rate hike in the US supported interest in gold as an alternative investment to Treasury bills, the yields of which declined from last Friday. Currently, gold quotes keep rising after some consolidation near 1330. As a result, we may see the precious metal near 1240 and 1252. The RSI on the 15-minute chart approached the overbought zone that points to the exhaustion of the local rising impulse. 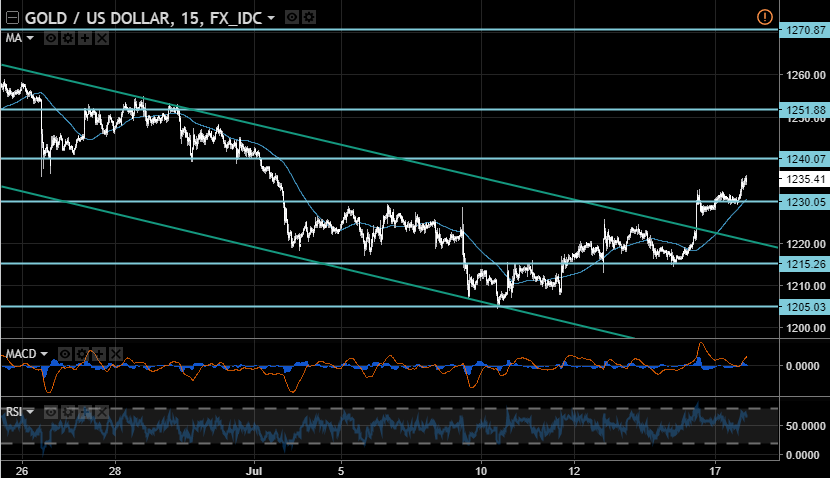