The main event on the market came from the missile launched by North Korea that flew over Japanese air space and fell just East of the country. This resulted in a spike in volatility and demand for safe haven assets like the yen and gold has increased drastically.

The EUR/USD overcame the psychologically important level of 1.2000 as interest rose in the euro as a funding currency. The positive impulse accelerated also due to the price hitting stop orders after breaking through 1.2000.

The German Gfk consumer climate index increased to 10.9 in September that is 0.1 above the expected level and the preliminary report on French GDP showed an increase of 0.5% for the second quarter which was in line with the forecast. The situation for the greenback slightly improved after the release of the Conference Board consumer confidence index, which has grown to 122.9 in August, 2.0 above the predicted figure.

On the background of geopolitical tensions, investors have turned to gold as a defensive asset. Alongside we have the rising possibility of the Fed looking like it might not raise interest rates again this year and this stimulated the bulls to push the price far above the important level of 1,300 US dollars per troy ounce.

Tomorrow volatility on the currency markets will remain high due to the release of the preliminary report on US Gross Domestic Product for the second quarter of 2017 and from the Reserve Bank of New Zealand Governor’s speech.

The EUR/USD was able to overcome the important resistance line at 1.2000 that opened the way for the continued increase up to 1.2200. The RSI on the 15-minute chart has left the overbought zone and the upward dynamics may continue after the end of the current correction. In order to switch to a negative trend, the quotes need to break through the local low near 1.1950. 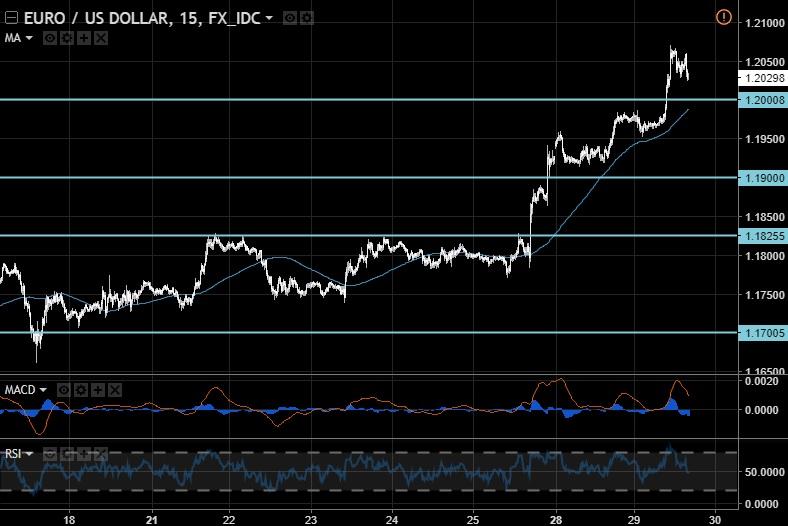 The USD/JPY broke through the inclined support line and the 108.85 mark, and fixing below it may lead to further drops to 108.00 and 106.60. On the 15-minute chart we see the divergence between the price and MACD signal line, this points to a possible increase, sooner rather than later. In this case the price may return to 109.60 and 110.30. 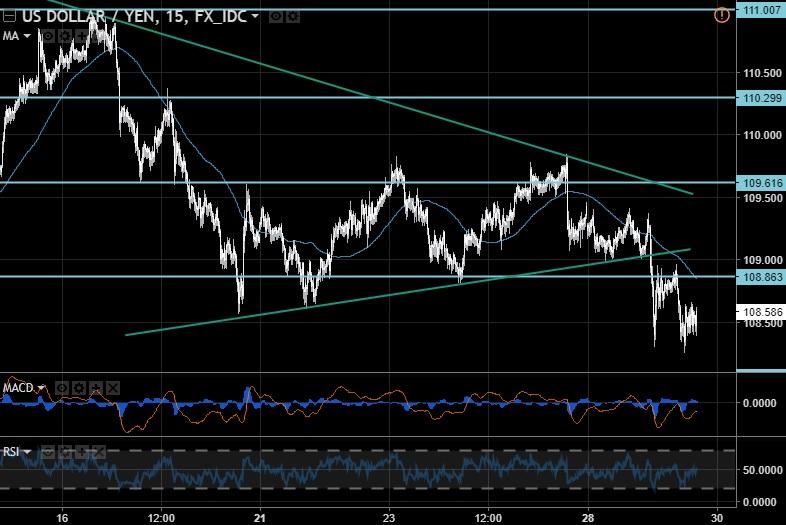 After overcoming the psychologically important 1300 mark, we have seen growth accelerate and price fixing above 1315. This may become a signal to buy with the growth potential up to 1330 and 1350. On the other hand, breaking through 1315 and the SMA100 on the 15-minute chart may stimulate the bears to pull the quotes down to potential targets at 1305 and 1295. 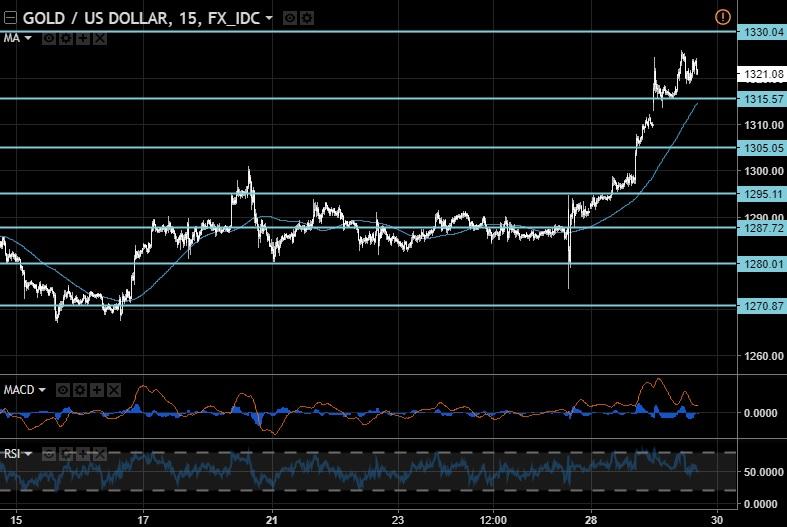