The market is in consolidation ahead of today’s FOMC statement on monetary policy in the US that will be released at 18:00 GMT. Weaker macro statistics in America on inflation growth reduces the possibility of another interest rate hike. On the flip side, after considerable depreciation of the greenback, we may see a sharp decline of the EUR/USD on the background of fixing positions in case the Fed’s statement contains hawkish tones from the FOMC members. The main issue still at the center of attention is the political crisis in the US. Low support of President Trump in parliament and the investigation on his ties with Russia are keeping tensions high. Data from earlier this afternoon on new home sales for the US in June came in at 610,000 compared to the expected increase to 615,000 and had little impact on the mood of traders.

The pound looks stronger against the US dollar following confirmation on the UK’s economic growth by 0.3% in the second quarter of 2017. The upside of the GBP/USD is limited due to the low possibility of reaching a consensus during the Brexit negotiations between the UK and the European Union.

The New Zealand dollar got some support from positive data on the trade balance, the surplus of which was $242 million vs the expected $147 million. Milk powder, butter, and cheese remain the main export group and together account for over a quarter of the total export.

The EUR/USD is still consolidating above the important level of 1.1620. Breaking through it and the lower limit of the rising channel may become a strong signal to sell with the stop above 1.1700 and targets near 1.500 and 1.1300. In order to continue rising with the objective at 1.1800, the price needs to overcome 1.1700. 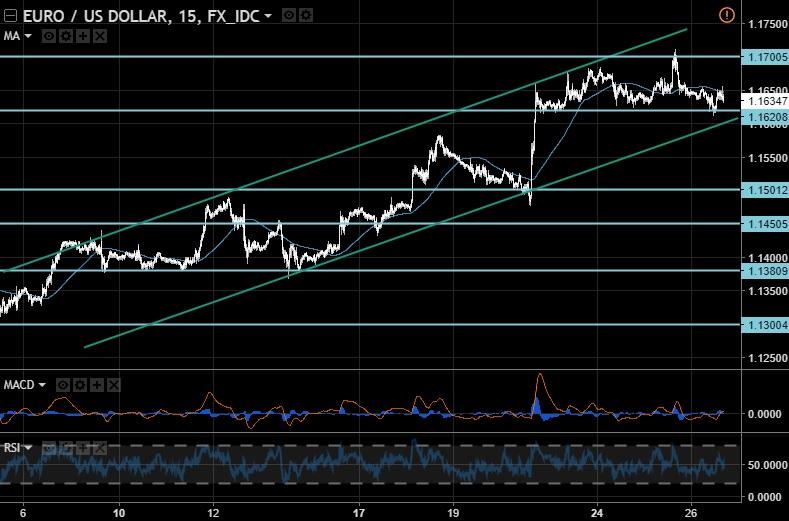 The GBP/USD price tested the psychologically important support level at 1.3000 but was unable to keep falling. As a result, we have seen a rebound and the next target for growth may be 1.3130. The volatility may increase after the FOMC statement at 18:00 GMT. The trend change to negative will be possible after fixing below 1.3000. 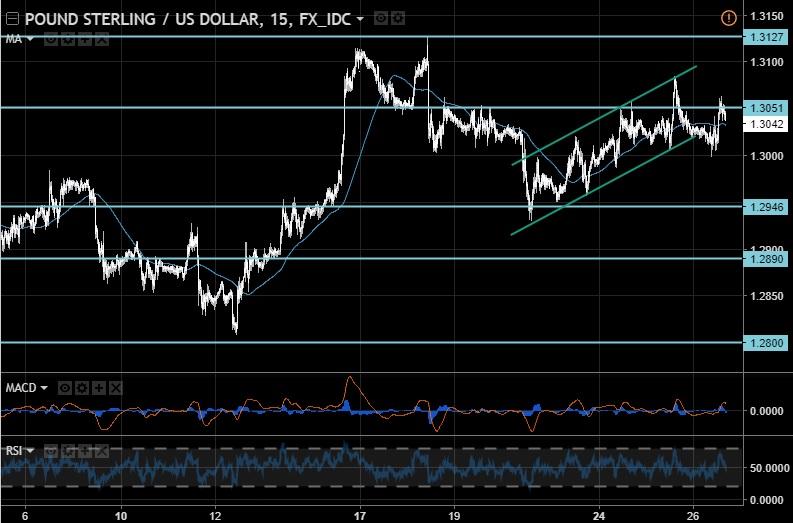 The kiwi quotes are moving within the narrow descending channel and breaking of its upper boundary may force the bulls to push the price up to 0.7500. On the other hand, we may see continued decline to the lower limit of the channel and the support at 0.7375, overcoming of which is likely to stimulate the bearish sentiment on the market. The first targets, in this case, will be at 0.7300 and 0.7200. 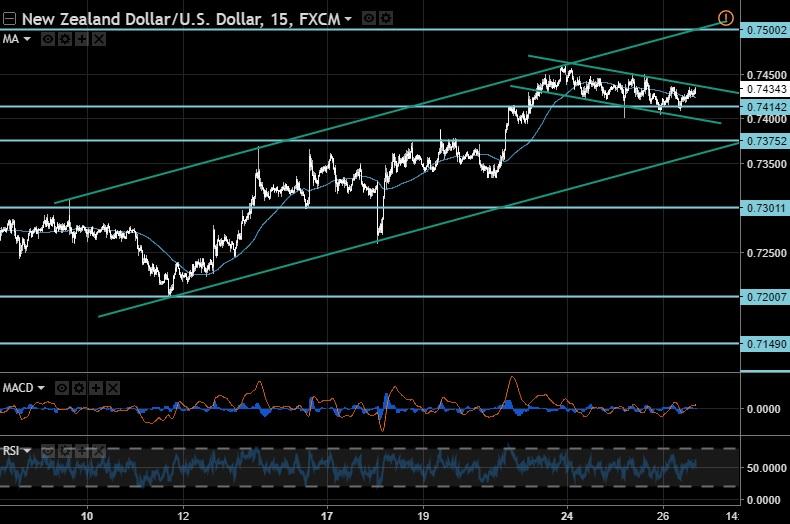 The positive dynamics of the American crude oil benchmark WTI has accelerated after the release of statistics on crude oil inventories in the US, the level of which decreased by 7.2 million barrels compared to the anticipated decline by only 3.3 million barrels. As a result, quotes are trying to fix beyond the limits of the rising channel and in such case, the price may approach $50.00 a barrel. The downward correction is possible to $46.75. 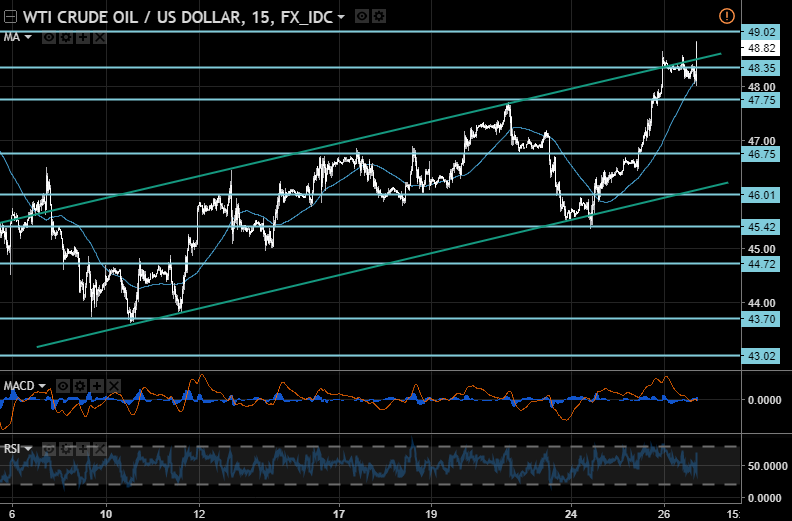