The EUR/USD price slowed growth today after soaring yesterday. During yesterday’s speech, ECB president Mario Draghi, commented on plans to start talks to reduce quantitative easing for the Eurozone. At the same time, Mr. Draghi pointed to strong economic growth and the fact that factors which restrain economic growth are only having a temporary influence.

The US dollar remains under pressure due to political tensions in the US due to fears of Donald Trump’s impeachment because of his alleged ties with Russia. Investigations concerning Mr. Trump and lack of support from parliament imply lower chances for implementing tax reforms and higher expenditure for infrastructure.

The Australian dollar restored positions after a sharp decline previously caused by statements by the deputy head of the Reserve Bank of Australia concerning discussions on the neutral key rate at the level of 3.50% during the last RBA meeting. At the same time, the RBA official mentioned fears on the negative impact of a stronger national currency on the pace of economic expansion in Australia.

The Canadian dollar shows confident growth despite the recent correction of crude oil prices. Investors ignored the weak report on the consumer price index in Canada that in June declined by 0.1% after the increase by 0.1% in May. On the other hand, some support came from retail sales data in the country that showed growth in May by 0.6%, which was twice better than expected.

The euro price is moving along the upper limit of the descending channel after recent strong growth. After overcoming the 1.1620 level, the next target will be located at 1.1700. On the other hand, we do not rule out the downward correction due to fixing of positions ahead of the weekend with targets near the lower limit of the channel and the important mark of 1.1500. 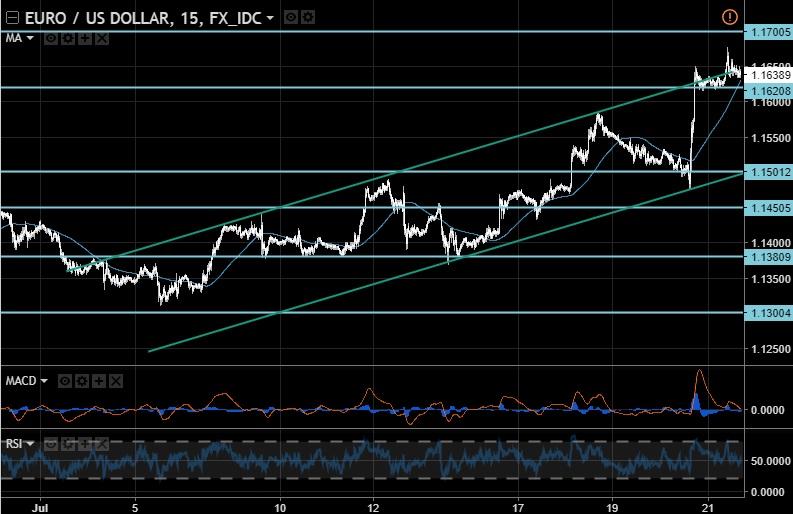 The aussie rebounded from support at 0.7890 after it could not fix below it. The potential increase is limited by the psychologically important 0.8000 level. In order to confirm the start of a new local descending trend, quotes need to overcome the local minimum near 0.7890. In this case, the closest targets will be at 0.7800 and 0.7740. 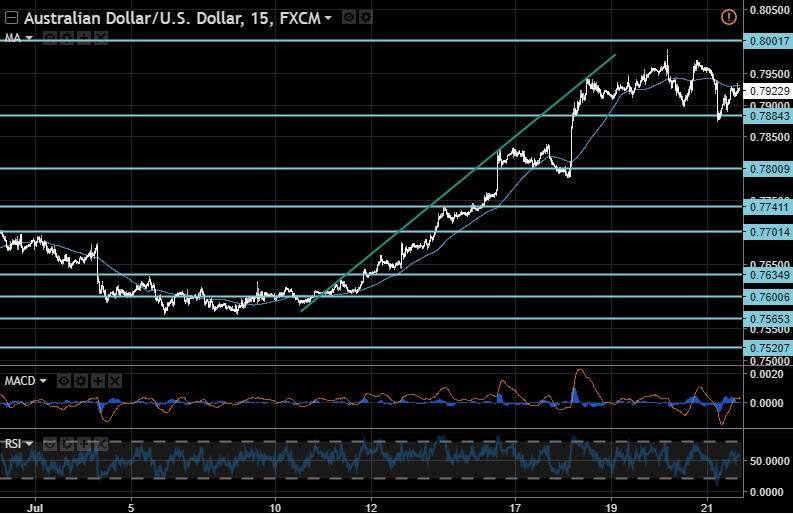 The USD/CAD price is testing the 1.2550 level and after its breaking, it may reach the important support at 1.2500. After a confident decline during the last weeks we do not exclude the start of an upward correction with potential targets at 1.2670 and 1.2800, but in order to switch to a positive trend, the quotes need to overcome the local resistance at 1.2600. 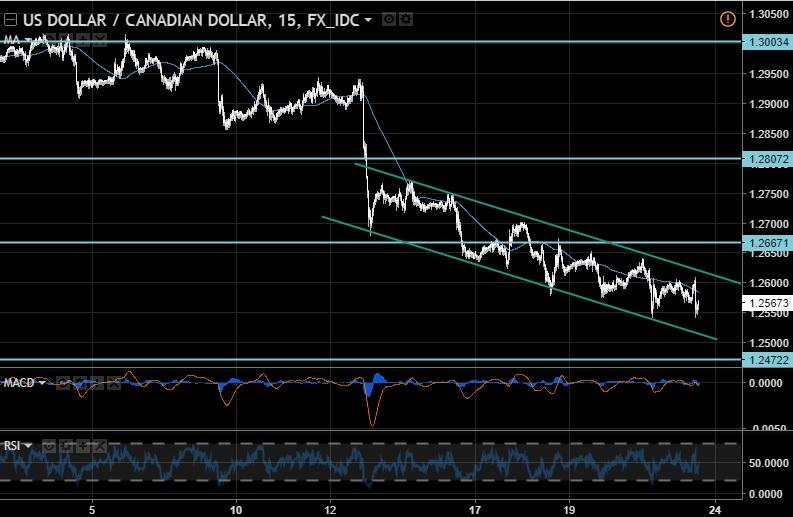 The WTI quotes have broken through the inclined support line and fixed below the important level of 46.75 after which it tested 46.00. High volatility level is likely to remain due to the report from oil service company Baker Hughes on drilling activity in the US on Friday evening. A rebound is possible to 46.75 due to the RSI on the 15-minute chart being in the oversold zone. Next targets within the fall will be at 45.40 and 44.70. 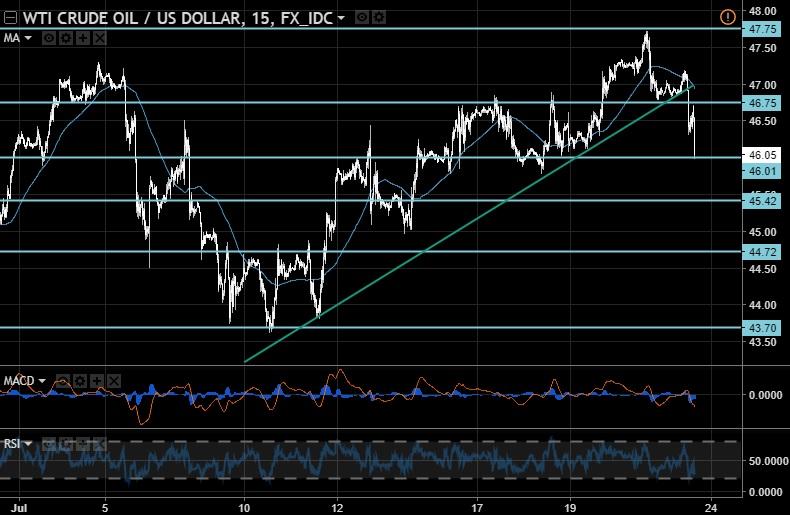 The precious metal price reached the resistance area at 1251-1252 on the background of high interest in defensive assets due to political tensions in the US and weaker quotes of the greenback. Breaking through 1252 may be a stimulus for further growth to 1270. Investors may fix positions at the end of the week, and as result, we may see some retreat to the 1240-1244 range. 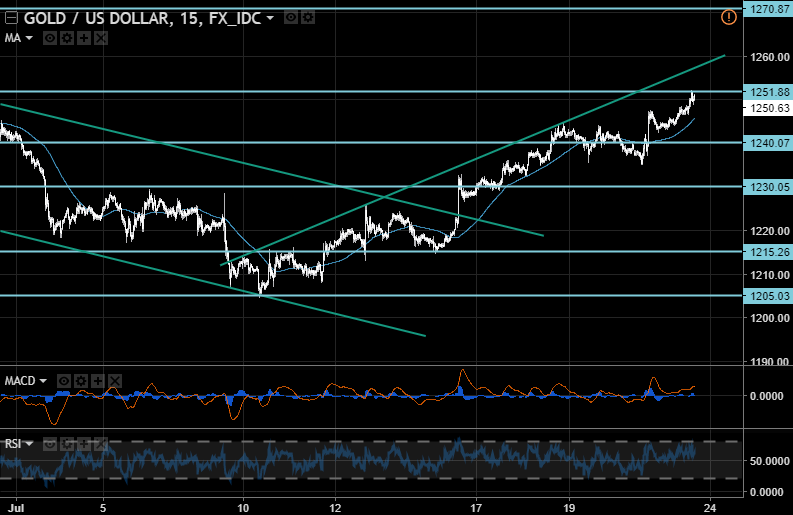