The EUR/USD pair accelerated growth thanks to a weaker greenback. Investors are disappointed with the current political situation in the US where the Trump administration’s initiatives on healthcare reform are not getting enough support from lawmakers. On the other side, traders are building up positions in the common currency after it was able to overcome the psychologically important level of 1.1500. High expectations from the upcoming speech by ECB president Mario Draghi on Thursday are also supporting demand for the euro. Investors will be closely monitoring the words of Mr. Draghi where he may hint about plans to tighten monetary policy. The weaker than expected data from the economic sentiment report calculated by ZEW could not change the mood on the market. The indicator declined in June by 2.1% to 35.6%.

The pound came under pressure thanks to slowing inflation in the UK which fell to 2.6% in June compared to 2.9% in May. The lower consumer price index reduces the possibility of an interest rate hike by the Bank of England for this year.

The NZD/USD has been negatively affected by the absence of inflation in the second quarter after 1.0% growth during the first three months of the year. Analysts expected an increase of 0.2%. On an annual basis, the consumer price index slowed to 1.7% that is 0.2% less than expected. This level is still within the RBNZ’s target range of 1-3%, but its fall will have a negative impact on the national currency despite the recent restoring of positions.

The aussie continues the growth it started on Monday following strong statistics from their main trading partner, China, and continued after the release of the RBA’s meeting minutes in which improvements in the labor and housing markets were noted.

The single currency quotes have fixed above the psychologically important 1.1500 mark. This event has become the basis for continued increase with the next target levels at 1.1620 and 1.1700. The RSI on the 15-minute chart is near the overbought zone which indicates that a downwards move may happen soon. The closest support levels are located at 1.1500 and 1.1450. 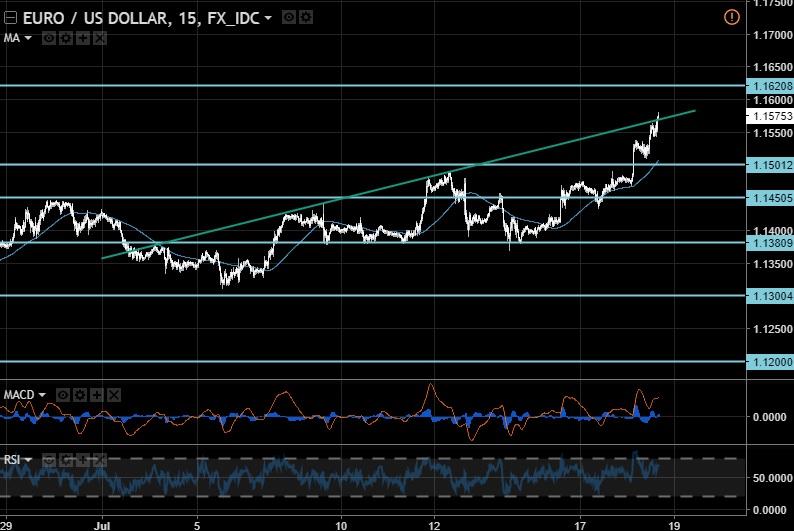 The British pound was unable to gain a foothold above 1.3100 and started to fall sharply on the background of weaker inflation data in the UK. The price is above the important 1.3000 level and a further decline is possible to 1.2950 and 1.2800. In order to resume positive dynamics, the quotes need to overcome 1.3050 again. 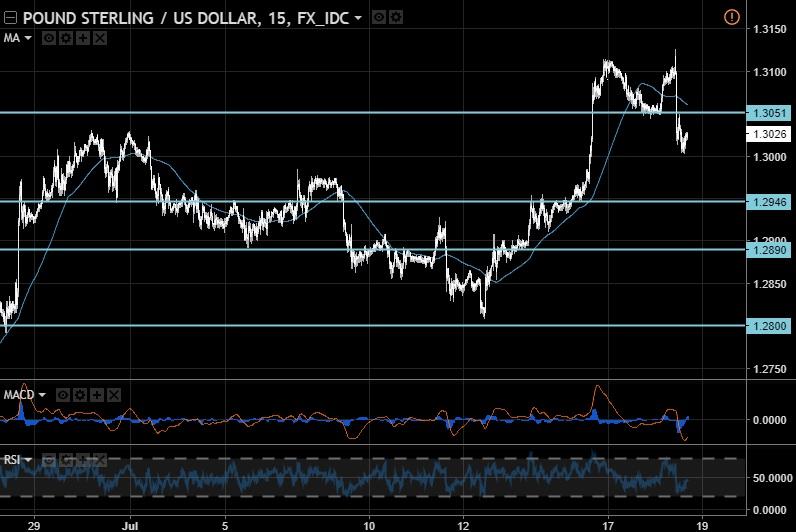 The volatility of NZD/USD sharply increased after the publication of the inflation report in New Zealand. The descending impulse was short lived and the kiwi restored previously lost ground. The potential targets in case of overcoming 0.7375 will be located at 0.7415 and 0.7500. In case of decline, the first objective will be at 0.7300. 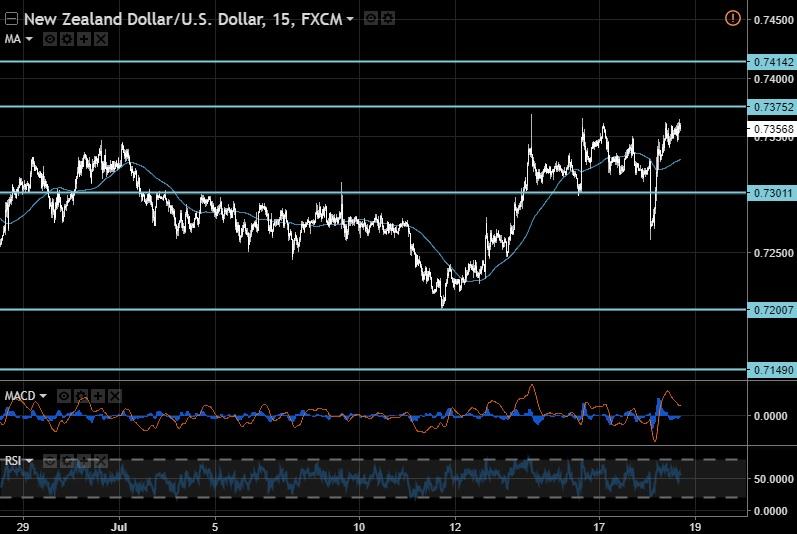 Bulls keep pushing the AUD/USD price up and the next target level for them is the psychologically important mark at 0.8000, after hitting which we are likely to see a downward correction due to profit taking. The fixing of positions may become the trigger for traders switching to a more bearish mood, in which case a fall will be possible to 0.7800 and lower. 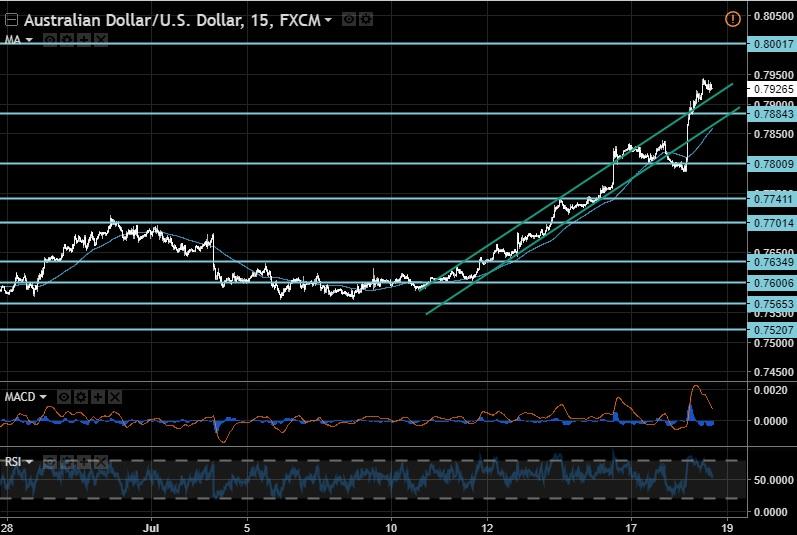 The price of bullion is still moving upwards amid a falling US dollar, doubts about Trump’s administration to conduct reforms and lower chances for another rate hike by the Fed for this year. Recently quotes broke through the important level of 1240 which supports the bulls on the market. The next level to reach in case of an upward move is 1252. A downward correction is likely to be limited by support at 1230. 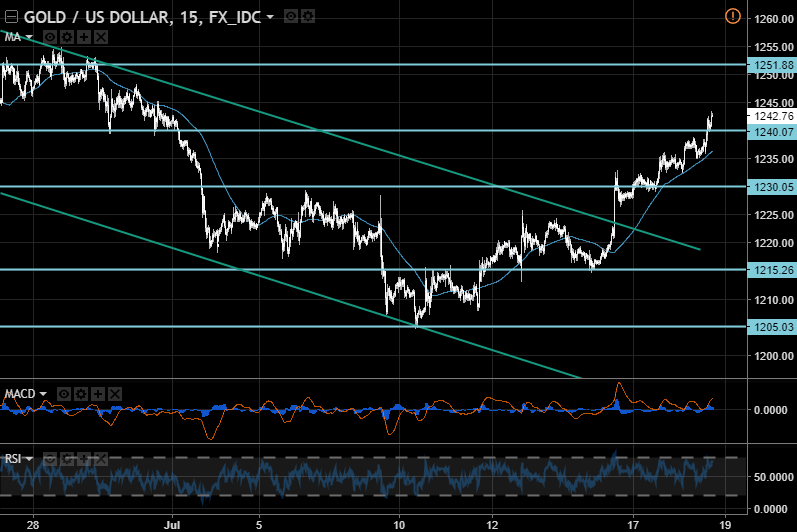