The greenback is falling against the euro as investors speculate on the lowered chances for a third rate hike by the Fed this year and the expected speech of Mario Draghi which may deliver hints on interest rates increases for the Eurozone. Comments on the reduction of the asset purchasing program in the euro area may also be a stimulus for continued rising dynamics of the EUR/USD. Support for the US dollar today came from better than expected macro data on the American housing market. The number of building permits increased in June to 1.25 million against 1.17 million in the previous month. Housing starts also increased to 1.22 million compared to the expected 1.16 million.

The USD/JPY declined due to issues with the Trump administration and the investigation into connections with Russia and over doubts concerning its capability to conduct healthcare reform which is needed for the promised tax cuts and infrastructure spend. Investors are waiting for the trade balance report in Japan that will be published at 23:50 GMT. Also impacting the mood of the market will be the monetary policy statement of the Bank of Japan tomorrow at 01:30 GMT.

The Australian dollar is consolidating before the important macro data on the labour market in Australia that is expected at 01:30 GMT tomorrow. Positive news will likely support bulls, but on the other hand, after a strong upward movement during the last days, we are likely to see some correctional rollback due to profit taking.

The euro price declined today against the US dollar due to positive news from the housing market in America and the fixing of positions ahead of Draghi’s statement on monetary policy tomorrow. Further decline and breaking through the important level at 1.1500 will likely lead to the testing of 1.1450. The next target line in case of growth resumption is still at 1.1620. 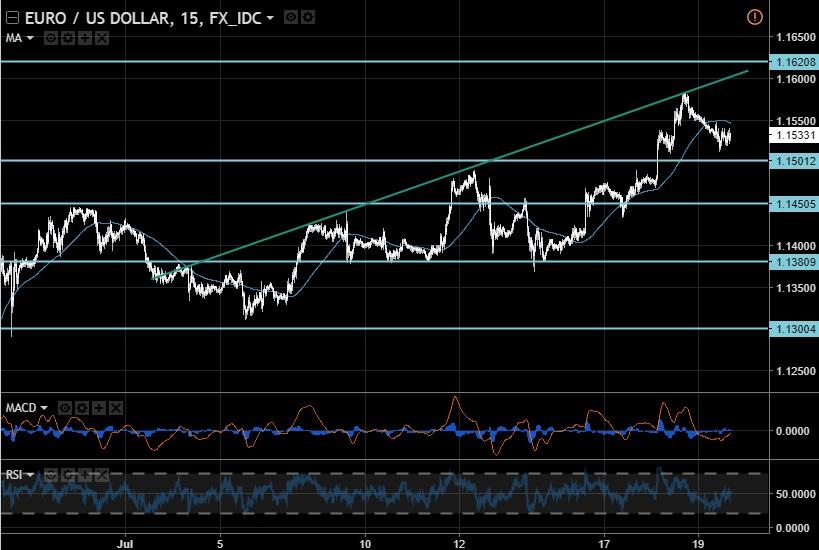 The USD/JPY is trying to fix below the important support at 111.70, after which the next target will be located at 100.90. In order to switch to positive dynamics, quotes need to break through the upper limit of the local descending channel and gain a foothold above 112.00. In this situation, the next targets will be at 113.00 and 114.00. 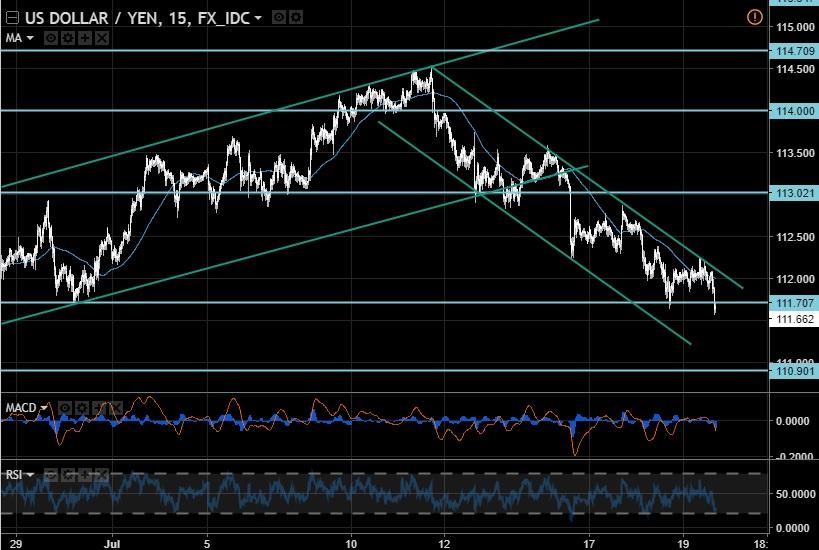 The aussie quotes are consolidating below the 0.7950 level and further upward movement is limited by important support at 0.8000. The RSI on the 15-minute chart is located near the overbought zone that signals the possibility of a descending correction. The trigger for the start of the fall, with the possible targets at 0.7800 and 0.7750, may come after breaking through the support at 0.7890. 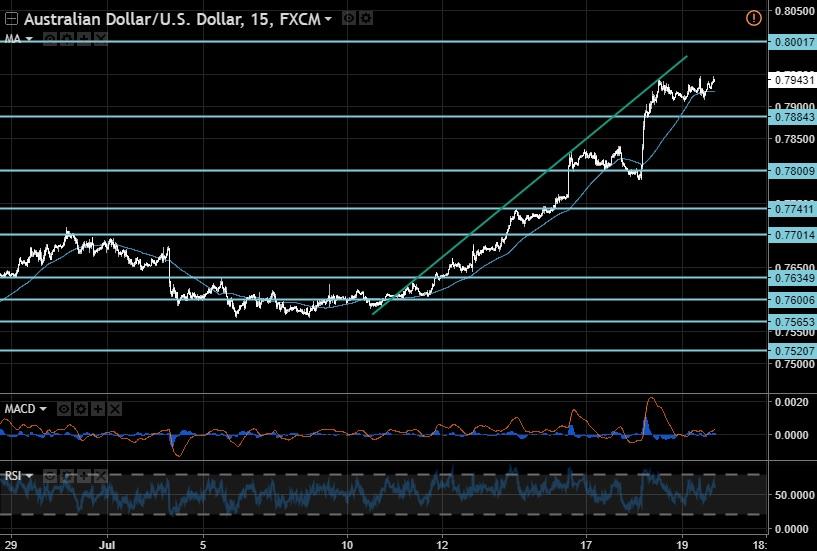 Despite pressure from the optimistic housing statistics in the US and little pickup in the Treasury bond yields in America, gold resumed positive dynamics amid stronger demand for defensive assets ahead of the Senate vote next week on Obamacare. After overcoming the 1244-1245 zone, prices may keep growing until 1252 and 1260. The closest supports in case of correction are at 1240 and 1230. 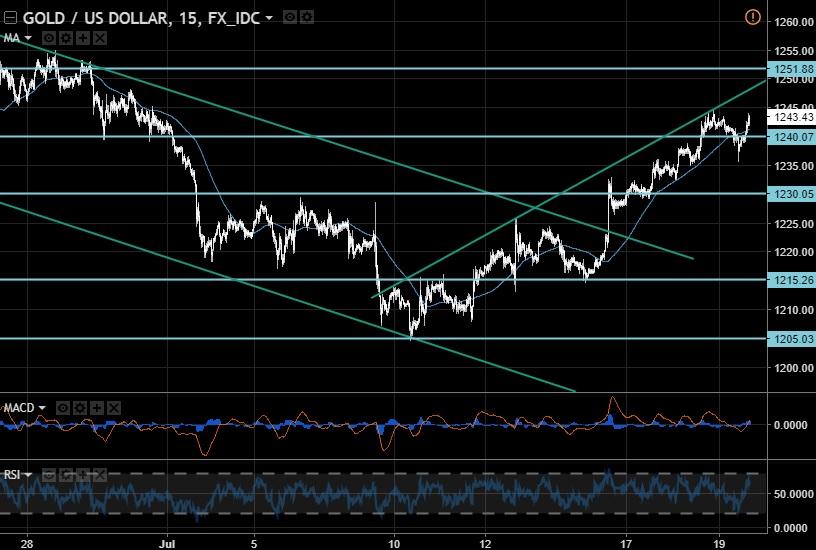 The price of the American light sweet crude oil benchmark WTI has sharply grown after the report on falling crude oil inventories in the US by 4.7 million barrels during the previous week. Experts predicted a decline by only 3.6 million barrels. This has been the basis for growth, with potential targets at 47.75 and 48.35. For the trend change, quotes need to break through strong support at 46.00. 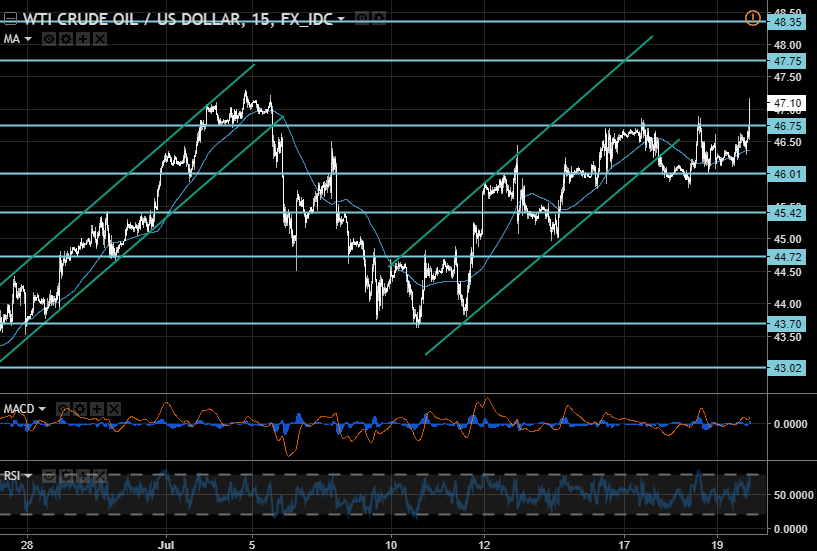