The US dollar sell-off accelerated today as the market continued to reflect on the US consumer price numbers that were published yesterday. The data showed that the core consumer price index (CPI) rose from 1.3% to 1.5% while the headline CPI rose to the highest level in almost eight years. In theory, higher inflation in the US would be a positive thing for the US dollar because it would mean higher interest rates. Therefore, the dollar index declined because analysts view the current trend as being relatively temporary. For one, oil prices have fallen below the year-to-date high while the impact of the stimulus will start to fade. The dollar will react to a speech by Jerome Powell.

The British pound held steady against the US dollar as the market downplayed the exit of Andy Haldane from the Bank of England where he worked as the senior economist. He will join RSA, a think tank, where he will become the Chief Executive. His exit is being viewed as being bearish for sterling because of his hawkish views. Therefore, there is a possibility that the bank will turn dovish in the near term. Still, the ongoing recovery means that the bank will not move interest rates to the negative zone as previously feared.

The Bitcoin price retreated slightly today after soaring to an all-time high of more than $64,000. Other digital currencies like Ethereum, Ripple, and Binance Coin are also hovering near their highest level on record. These currencies are rallying in part because of the upcoming direct listing of Coinbase, the biggest exchange in the United States. Analysts see it as a positive thing for Bitcoin as the currencies move mainstream. The currencies are also retreating because of the relatively weaker US dollar.

The EUR/USD pair rallied to 1.1975 because of the overall weaker US dollar. This was the highest level it has been since March 19. On the four-hour chart, it has also moved above the upper side of the bullish flag pattern and the 25-day moving average. It also hit the 50% Fibonacci retracement level at 1.1978. Therefore, while the overall trend is bullish, the pair may have a small pullback on profit-taking. 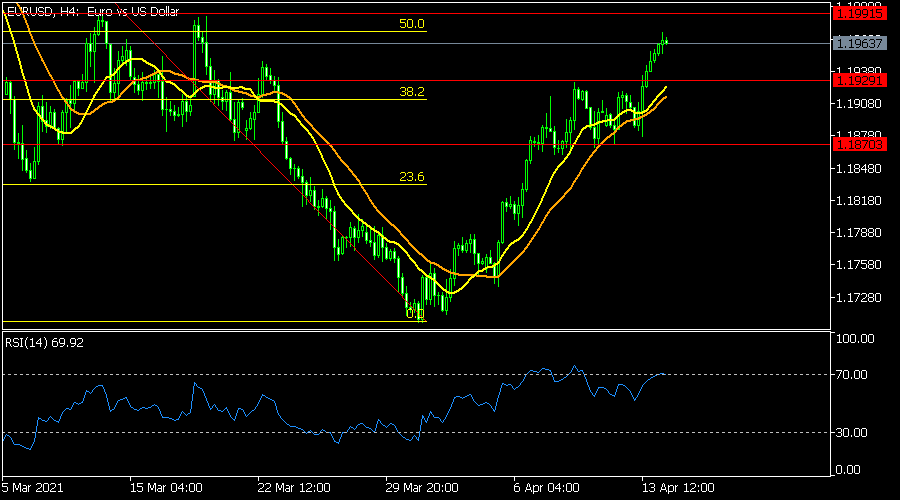 The USD/CHF pair declined to a low of 0.9185, the lowest level since March 4. On the four-hour chart, the pair has moved below the important support level at 0.9200, where it has struggled to move below. It has also declined below the Envelopes indicator while the Relative Strength Index (RSI) has moved to the oversold level. Therefore, the pair may keep falling as bears target the next 50% retracement at 0.9168. 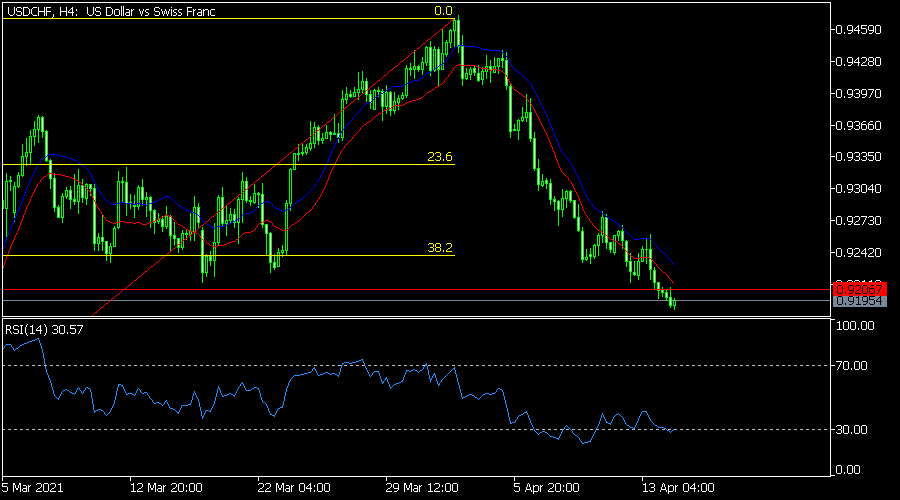 The BTC/USD pair declined to a low of 63,170, which was slightly below the all-time high of 64,890. On the four-hour chart, the top oscillators like DeMarker and the Relative Strength Index (RSI) have started to point downwards. The pair remains slightly above the short and long-term moving averages. Therefore, the BTC/USD pair will likely retreat ahead of a major comeback above 65,000. 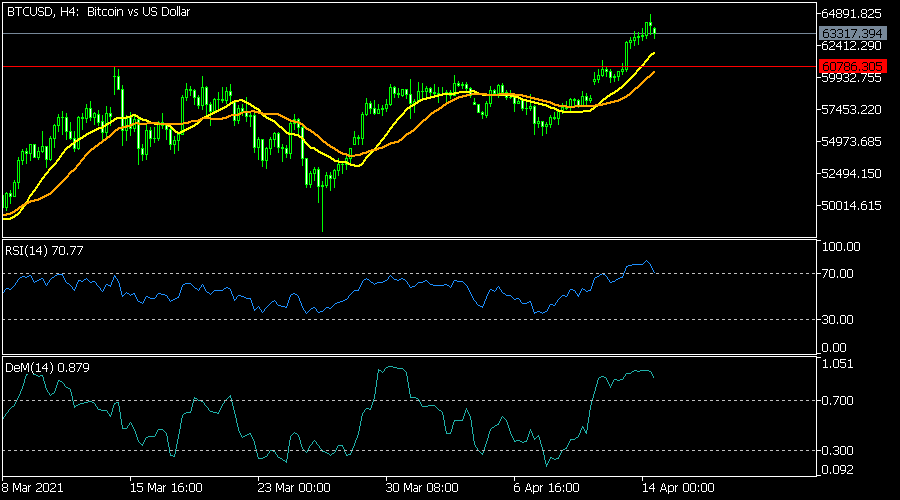