US dollar rallies after strong US consumer inflation numbers

The British pound held steady after a major data dump by the Office of National Statistics (ONS). According to the agency, the country’s economy contracted by 7.8% year-on-year in February after falling by 8.5% in the previous month. This decline was worse than the median estimate of -7.3%. Meanwhile, construction output rose by 1.6% month-on-month while the industrial and manufacturing production rose by 1.0% and 1.3%, respectively. There are signs that the UK economy will have a relatively strong recovery as the government starts to reopen the economy.

The Australian dollar was in a tight range after mixed business confidence and China trade data. According to NAB, the Australian business confidence declined from 18 in February to 15 in March. In the same period, the business survey rose from 17 to 25. Meanwhile, data by the Chinese government revealed that exports rose by 30.6% in March after rising by 60.6% in the previous month. In the same period, imports rose from 22.2% to 38.1%. As a result, the overall trade surplus declined from the record $103 billion to $13 billion.

The US dollar index rose after the relatively strong US consumer price index data. According to the Bureau of Labour Statistics, the headline consumer price index rose from 1.7% in February to 2.6% in March. This was its highest rate for more than 12 months. Core CPI, which excludes the volatile food and energy prices rose from 1.3% in February to 1.6%. This performance was mostly because of the reopening of the economy and the relatively higher oil prices. Later today, the currency will react to statements by several Fed officials.

The EUR/USD is in a tight range even after the positive European sentiment numbers. It is trading at 1.1900, which is between the important support and resistance levels at 1.1870 and 1.1930, respectively. The pair is also at the same level as the 25-day and 15-day moving averages while the Average True Range (ATR) has continued falling. This is a sign that there is little volatility in the market. Therefore, the pair will likely break out in either direction. 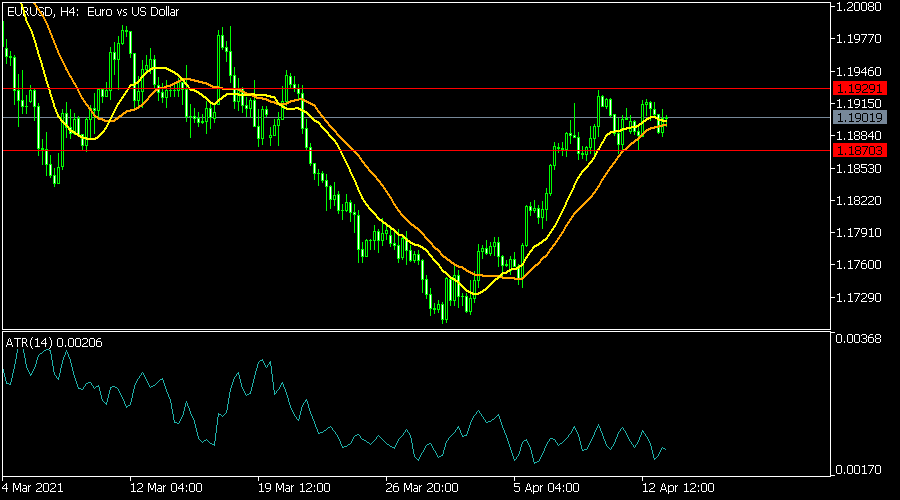 The GBP/USD pair rose to an intraday high of 1.3763 after the UK data dump. On the hourly chart, the pair has remained slightly below the important resistance at 1.3775. It is also slightly above the 25-day moving average while the signal and main line of the MACD is above the neutral level. The pair will likely break out higher as bulls target the important resistance at 1.3795, which is the 50% Fibonacci retracement level. 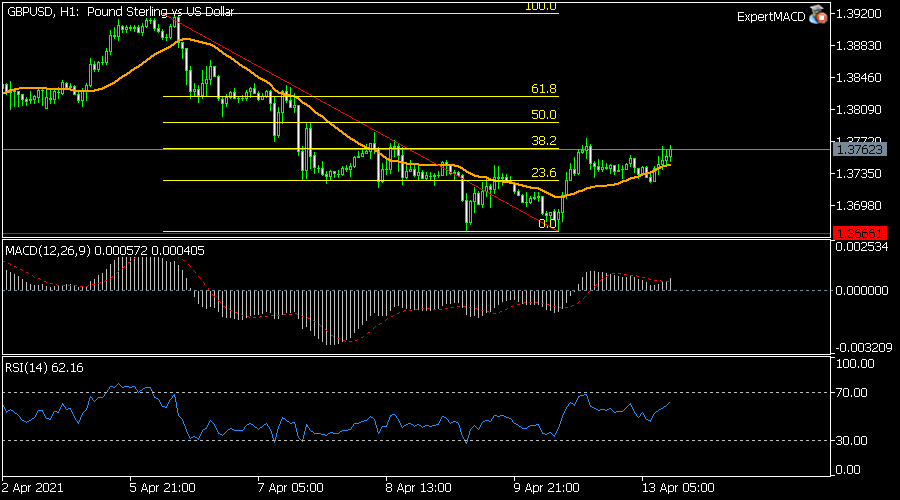 The NZD/USD is in a tight range ahead of the RBNZ decision set for tomorrow. On the four-hour chart, the pair has formed a small triangle pattern. The price is also along the middle line of the Bollinger Bands while the Average True Range (ATR) pattern is falling. It is also slightly below the 78.6% Fibonacci retracement level. Therefore, the pair may break out after the RBNZ decision. 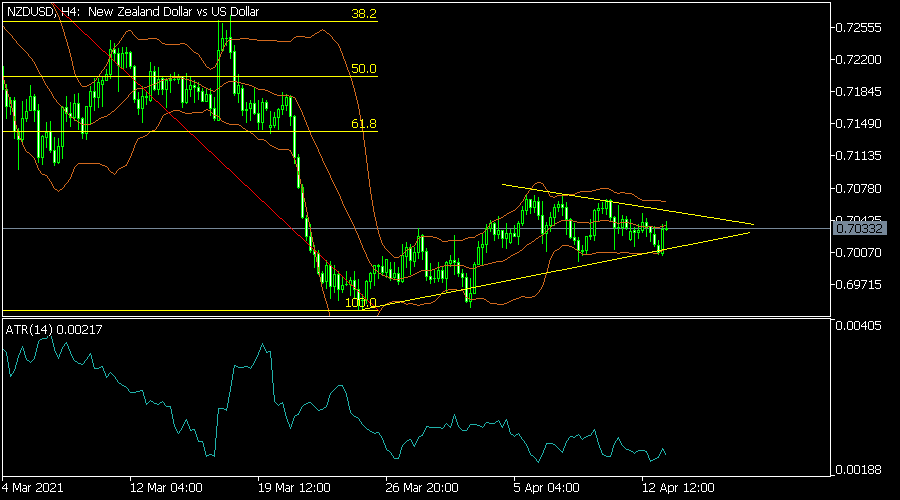