The US dollar rose against most currencies as US bond yields rose after falling for the past few days. It rose by 0.15% against the euro, 0.45% against the Japanese yen, and 0.25% against the Swedish krona. The 10-year bond yield rose to 1.66%, which is still lower than this week’s high of 0.73%. This performance is mostly because the market expects the American economy to recover faster than other countries.

The Canadian dollar rose slightly after the positive jobs numbers from the country. According to Statistics Canada, the country created more than 303,000 jobs in March as the country continued to reopen. The unemployment rate declined to 87.5% from the previous 8.2% while the participation rate rose to 65.2% from the previous 64.70%. Recent numbers from Canada have been relatively strong. This week, Ivey Business School said that the manufacturing PMI increased to 72.9 in March. This trend will likely continue since Canada is one of the biggest US trading partners.

The EUR/USD pair declined to 1.1882 because of the weak European data and the rising US bond yields. On the four-hour chart, the pair has moved below the 38.2% Fibonacci retracement level. It has also declined below the 15-day moving average. The signal line of the MACD is also forming a bearish crossover while the awesome oscillator is also declining. Therefore, the pair may continue falling and test the 23.6% Fibonacci retracement level at 1.1830 and then resume the upward trend. 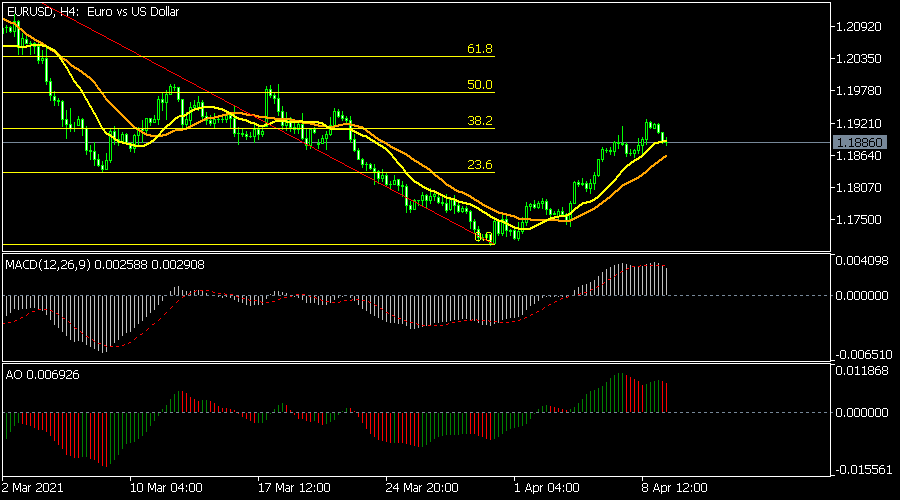 The GBP/USD pair declined to a low of 1.3666, which was the lowest level since March 25. On the four-hour chart, the pair has formed a double bottom pattern, which is usually a bullish sign. It is also between the lower and middle lines of the Bollinger Bands. The MACD is below the neutral line while the Relative Strength Index (RSI) is approaching the oversold level. Therefore, the pair may keep falling to 1.3600 if bears manage to move below today’s low of 1.366. 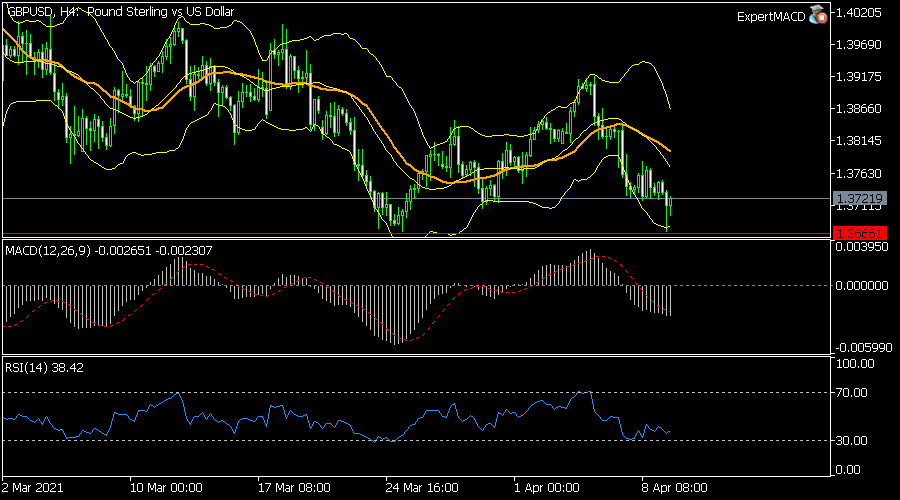 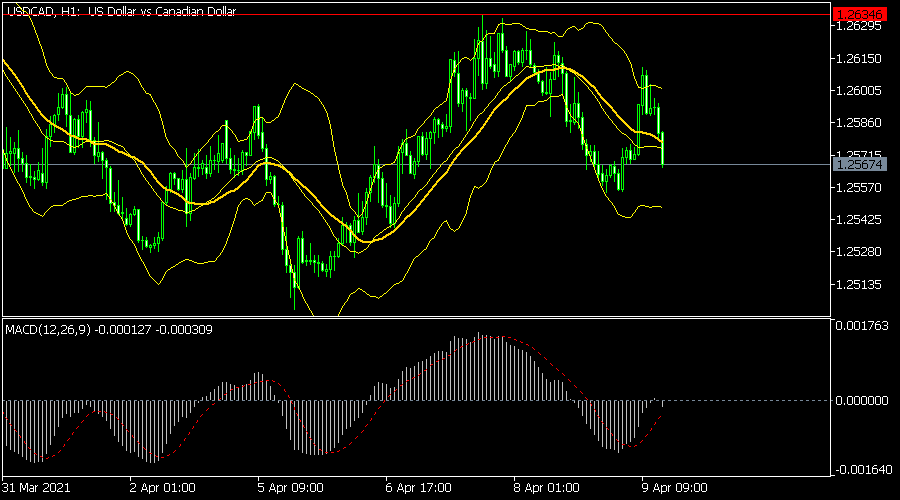