Investors had hoped that talks between the US and China would be enough to avoid a fresh round of tariffs on Chinese goods, scheduled to come into effect on December 15. Much to the dismay of financial market traders, President Trump indicates that “phase one” of the deal between the two superpowers might not be possible before the 2020 US Presidential Elections.

President Trump’s comments come at a time when the US House of Representatives passed a bill for imposing sanctions on Chinese officials involved in dealing with Uighur Muslims in China’s Xinjiang province. Beijing has protested this tough stance taken by the US and is widely expected to impose retaliatory tariffs on US goods and services.

The US dollar is expected to remain under pressure with employment reports being released by the ADP later today. The market will also look out for the ISM Non-Manufacturing PMI report for November, which is expected to have slipped to 54. The index had risen 54.7 in October from September’s near three-year low of 52.6.

With global markets on a downward spiral, gold prices soared to a one-month high as the precious metal enjoys a safe-haven status. The USD/JPY pair, which is also considered a safe-haven asset, had risen 0.06% to 108.69.

Oil prices rose ahead of the OPEC meeting scheduled for tomorrow. The agenda of the meeting is to decide whether production cuts would be necessary to support prices. The US EIA Crude Oil Stocks report is expected later today. Consensus forecasts call for a decline in crude oil inventories by 1.734 million, which will support oil prices. Brent Crude futures were trading higher by 1.23% at $61.57 per barrel, while WTI crude had climbed 1.19% to $56.77 per barrel.

The Canadian dollar will likely continue to be under pressure, with the Bank of Canada’s interest rate decision announcement at 3:00pm GMT. The Canadian central bank had left its benchmark interest rate unchanged at 1.75% in October and is not expected to make any changes. The USD/CAD pair was trading down, at 1.3279.

EUR/USD is trading close to 1.1100 amid dollar weakness. The pair is volatile and testing the key resistance area near 1.1100. Key levels to watch would be the 200-day SMA at 1.1160 or a breakdown towards 1.1041 at 55-day SMA. The ADP and ISM Non-Manufacturing PMI reports will influence this pair during the course of the day. 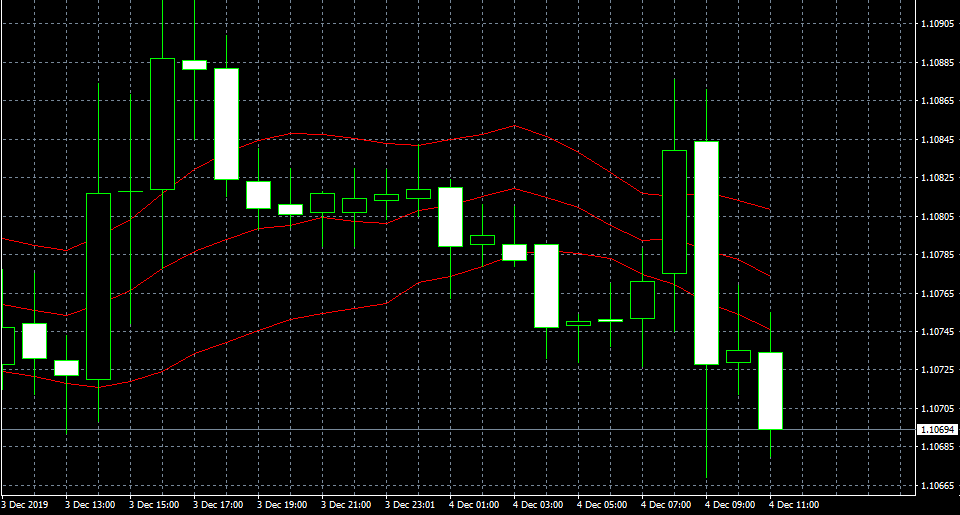 GBP/USD remains bullish, at 1.3048, with positive buying interest after two polls showed Conservatives were in the lead in the UK elections. Technical indicators support further appreciation. The 50-SMA mark crossed above the 200-SMA support levels at 1.3044, signifying the occurrence of the Golden Cross. Investors could wait for some pullback to 1.3100 before taking further positions. 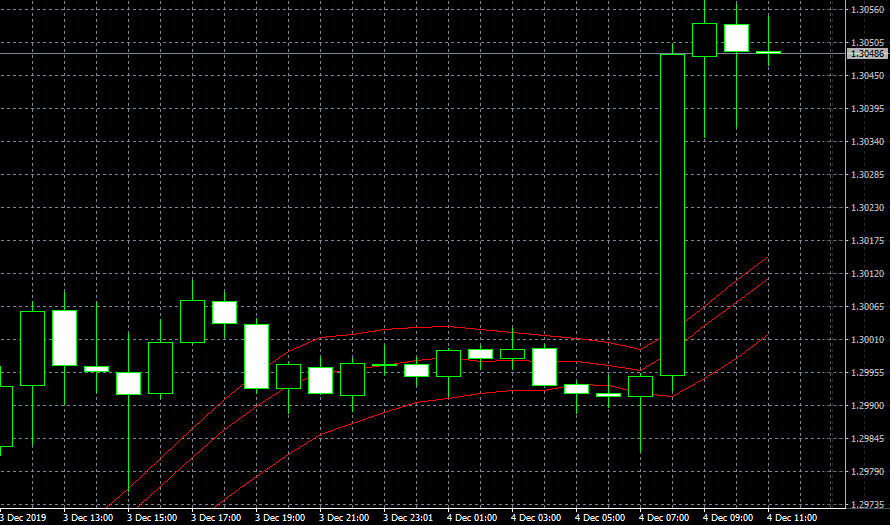 USD/JPY is expected to prolong its correction, taking the pair lower to 108.00. The pair is nearing a multi-day low after breaking rising trendlines the previous day. The 50-day SMA line and 23.6% Fibonacci retracements are currently restricting the pair’s immediate drop at 108.50. 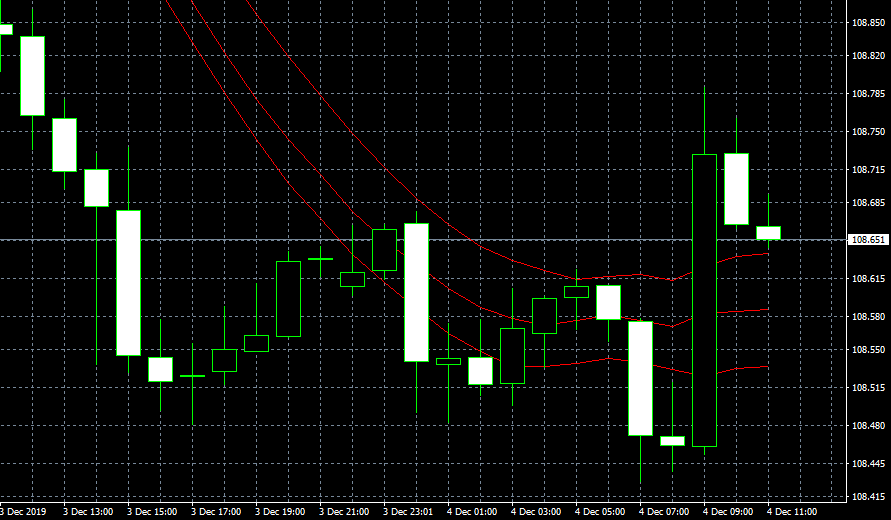