The EUR/USD keeps rising ahead of the FOMC statement on the US monetary policy, that will be published at 19:00 GMT. It is highly anticipated that the regulator will maintain monetary policy settings at the current level. This will be the last FOMC meeting for Janet Yellen as head of the Fed and the next chairman Jerome Powell is also likely to maintain the current course aimed at a gradual increase of interest rates which is likely to put pressure on the EUR/USD quotes this year.

Today, the common currency got its boost from positive data releases from the Eurozone. Unemployment in the monetary union remained at 8.7% in December and consumer inflation was 1.3% for January which was in line with expectations. Core consumer inflation increased to 1.0% in January against 0.9% in December.

The USD/CAD resumed negative dynamics amid the greenback’s weakening. At the same time, the Canadian GDP increased in November to 0.4%, which met analysts’ forecasts. Some support for the Canadian currency also came from the increase in crude oil prices that traditionally have an influence on the course of USD/CAD trading.

The aussie quotes today were also restoring positions and approached local highs. The mood of traders tonight may be influenced by the manufacturing index calculated by AIG at 23:30 GMT and building approvals at 00:30 GMT.

Volatility is likely to remain high due to the release of important US labour market data on Friday.

The EUR/USD resumed positive dynamics after it was not able to fix below 1.2400. The RSI on the 15-minute chart is near the overbought zone which points to a possible price rollback soon. Currently, the closest resistance is located at the psychologically important 1.2500 mark. In order to change the current positive trend to negative, the price needs to break through the support at 1.2300. 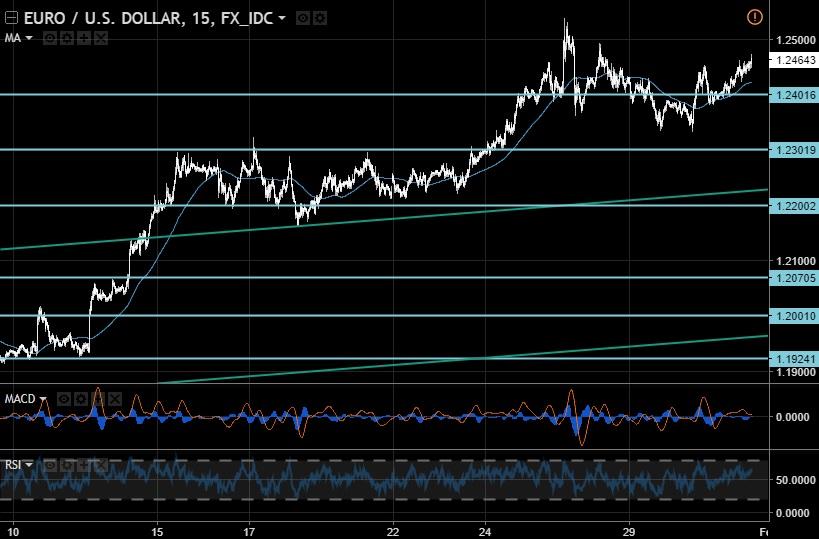 The USD/CAD is falling within the limits of the local descending channel and in case of the price breaking through the nearest support level at 1.2235, the immediate targets will be 1.2150 and 1.2000. The RSI on the 15-minute chart is currently near the oversold zone, which hints at a possible price rebound and the closest targets in this case will be at 1.2365 and 1.2400. 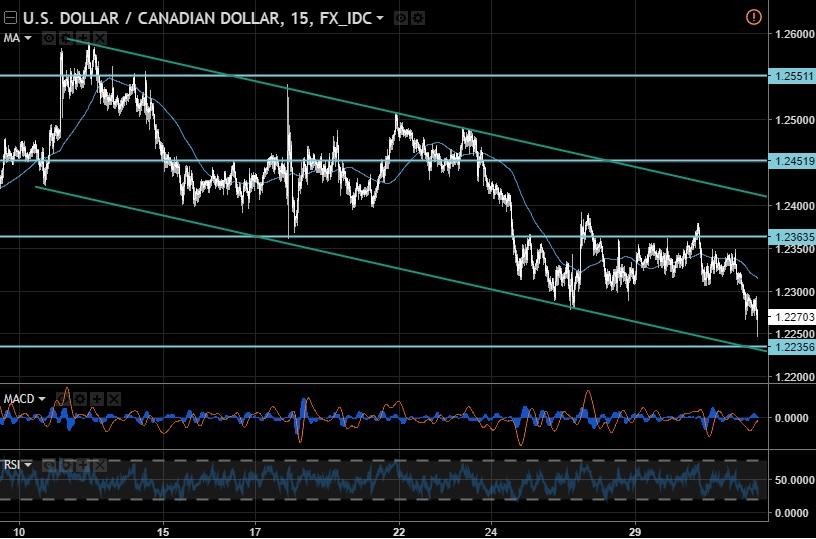 The AUD/USD price approached strong resistance at 0.8125 and its overcoming is likely to open the way for continued price increases to 0.8200 and 0.8250. On the other hand, breaking through the lower boundary of the rising channel and the local low at 0.8050, may become the signal for the trend to change to negative with the nearest targets at 0.7900 and 0.7800. 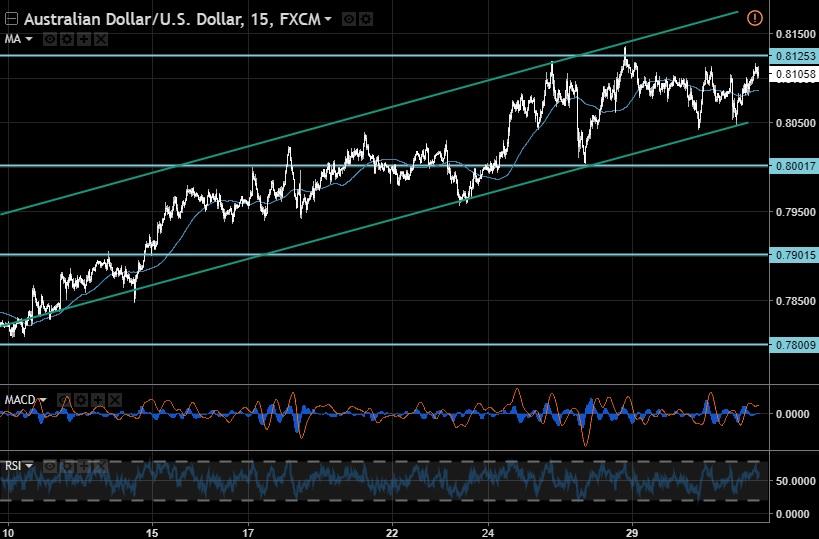