The EUR/USD price has restored some of the previously lost positions. Volatility remains high thanks to recent statements by ECB officials according to which the recent growth of the single currency may lead to the regulator considering actions in order to restrain its unreasonably strong rise. Statistics from the US housing market were mixed with building permits increasing to 1.30 million in December compared to the 1.29 billion forecasted. On the other hand, housing starts for December were only 1.19 million against 1.28 million expected. Unemployment claims came in under expectations at 220,000 compared to the 250,000 forecasted.

The AUD/USD was growing today due to strong statistics from the Chinese economy which expanded by 6.8% in the fourth quarter, 0.1% better than expected. At the same time, industrial production in the second largest economy in the world accelerated the pace of growth in November by 0.1% to 6.2%. The positive news from China traditionally supports the bullish sentiment for the aussie. Meanwhile, the unemployment rate in Australia increased by 0.1% in December to 5.5%, but on the other side, the number of employed has also grown during the same month by 34,700 against an anticipated growth of only 13,200.

The USD/JPY started to grow on the background of the greenback’s strengthening. News on industrial production growth in Japan showed it has slowed to 0.5% against a forecasted 0.6%.

Today volatility growth is expected for the NZD/USD quotes after the publication of manufacturing PMI in New Zealand at 21:30 GMT.

The EUR/USD was not able to fix below the important 1.2200 level and increased to the upper limit of the descending channel, the breaking of which will become the basis for a continued increase to 1.2300. Due to recently hitting the upper boundary of the local descending channel and RSI on the 15-minute chart touching the overbought zone, there is a high possibility of a decline soon with the targets at 1.2200 and 1.2070. 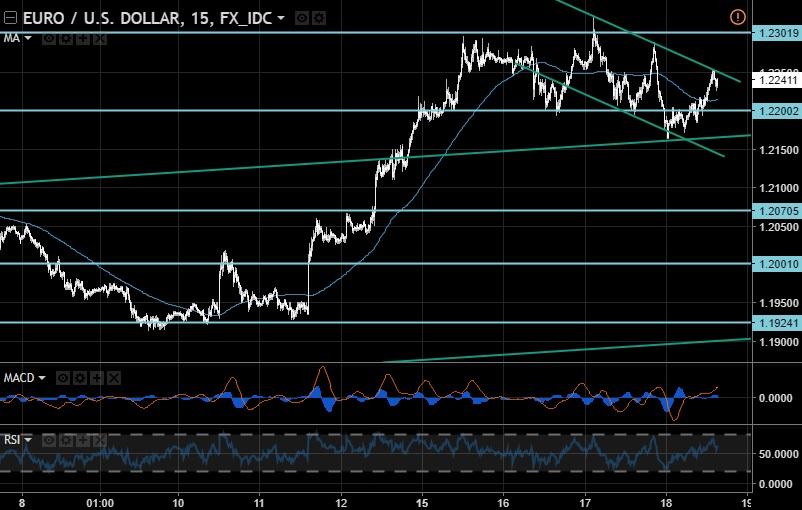 The AUD/USD approached strong resistance at 0.8000 and fixing above it may become a strong stimulus for the bulls to push the quotes upwards, but on the other hand, there is a high possibility of the descending correction with the first target at 0.7900 and breaking through that may be the basis for the trend change to negative. 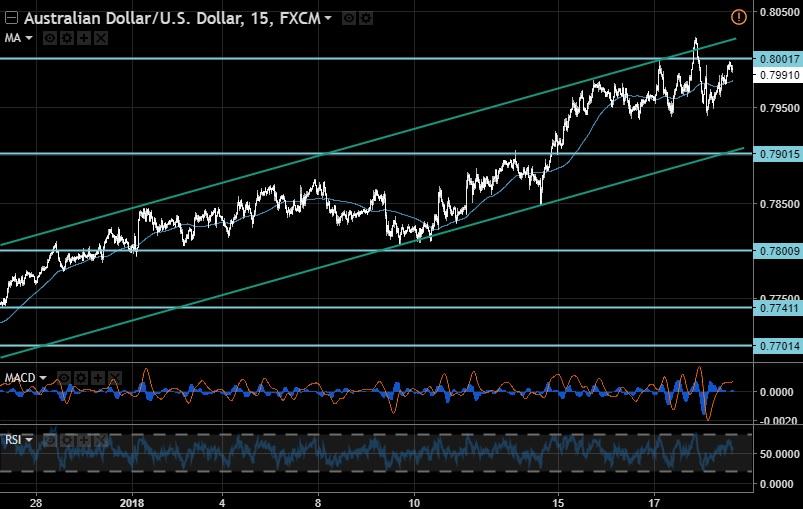 The USD/JPY has rolled back to the SMA100 on the 15-minute chart. In case of further decline, the immediate goals will be at 110.30 and 109.60, but the recent overcoming of the 111.00 is the basis for the continued price increase to 112.00 and above. The medium-term trend remains negative. 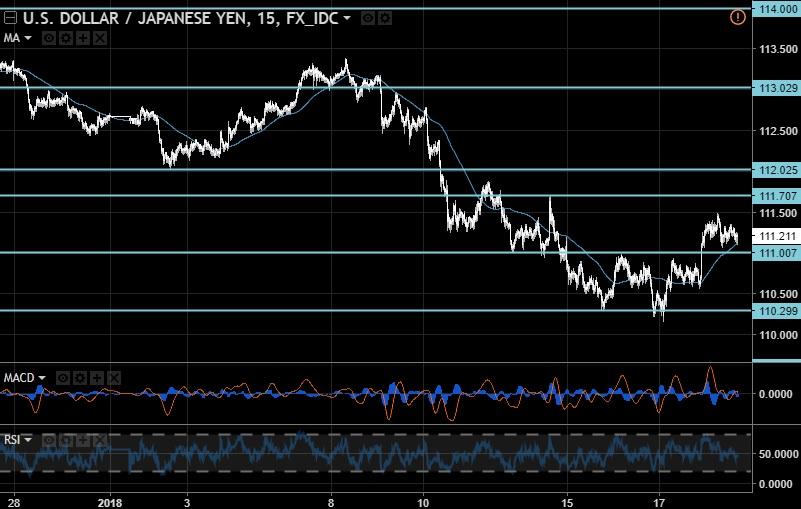