The EUR/USD price slightly rebounded after the important labor market report in the US. The unemployment rate remained at 4.1%, but the non-farm payrolls increased by 228,000 in November against the 198,000 forecasted and 244,000 in the previous month. Investors were disappointed by weaker than expected growth of the average hourly earnings by only 0.2% which is 0.1% less than anticipated.

The main reason the EUR/USD quotes are under pressure is the positive sentiment concerning the possible passing of the law on tax cuts in the US which is likely to further strengthen the US dollar. Some negative for the single currency came from the lower than forecasted German trade balance which was 19.9 in October, 2.1 lower than expected.

The UK pound kept falling as European Union officials declared that despite the progress in the Brexit talks, the whole process of negotiations is far from its end. The level of industrial production in the UK has not changed in October. Some positive news for the sterling came from the report on the trade deficit which was 10.8 billion, around 0.7 billion better than anticipated.

The USD/JPY quotes grew significantly during the last trading sessions, but the positive impulse stalled after news on the strong GDP increase in Japan by 0.6% in the third quarter which is 0.2% better compared than expectations.  Additional support for USD/JPY bears came from the current account balance growth to 2.4 trillion yen against the 1.93 trillion yen forecasted. The interest in yen as a defensive asset may lead to the price decline of the USD/JPY.

The EUR/USD quotes were not able to break through the strong support line at 1.1730 and rebounded upwards. On the 15-minute price chart we see the “double bottom” which is the reversal pattern and is the reason for continued a price increase within the limits of the descending channel. On the other hand, we do not exclude the fall resuming and passing through the 1.1730 mark may become the trigger for a further price decline to 1.1620. 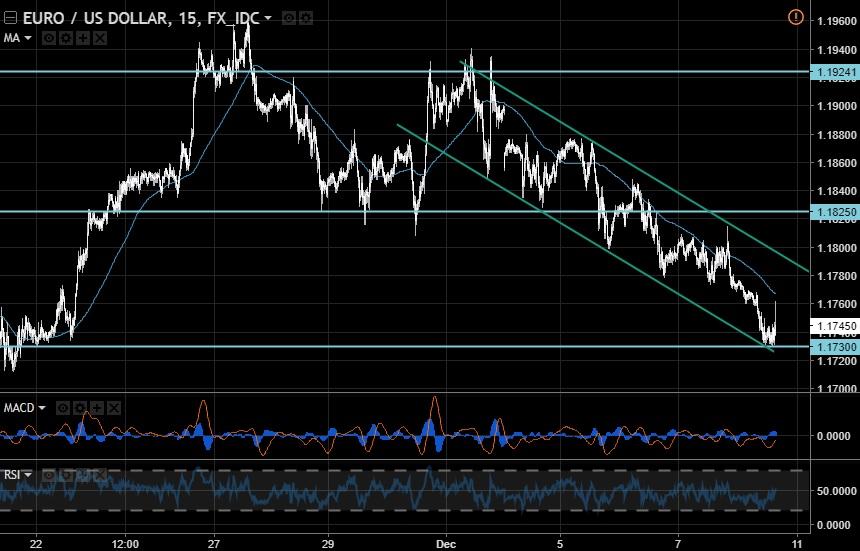 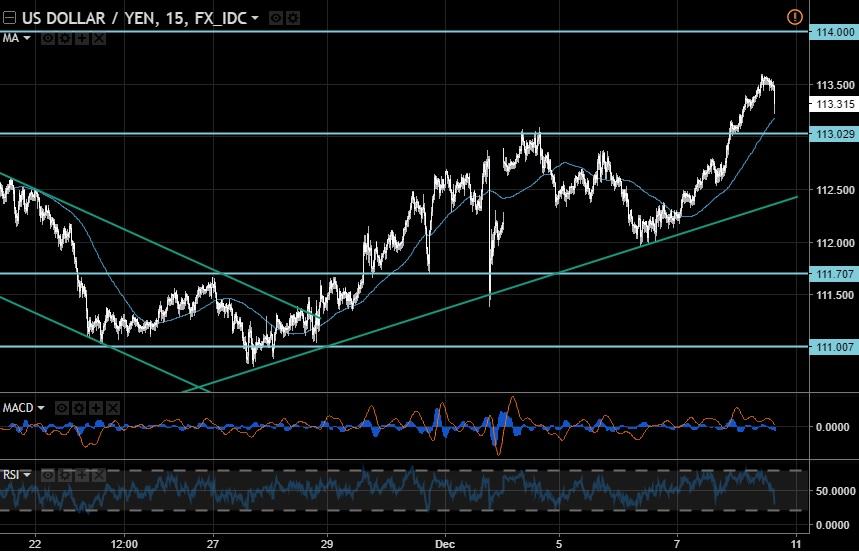 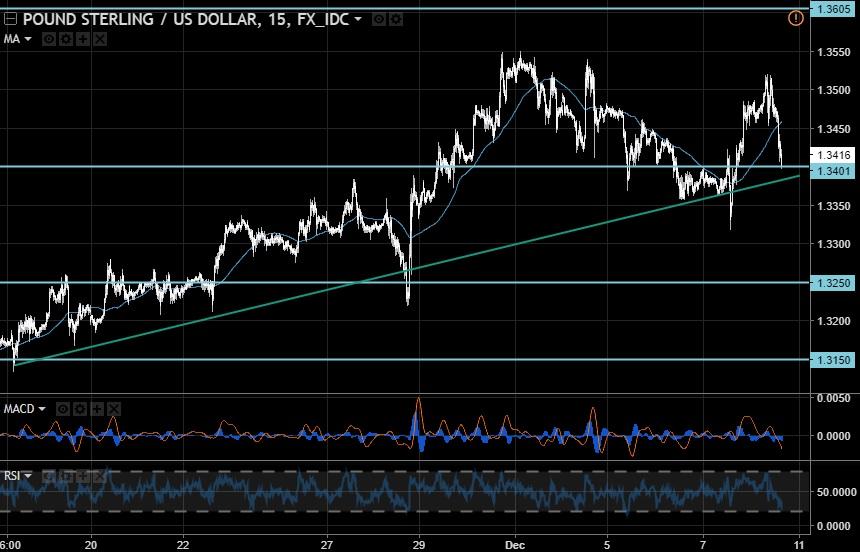