LACK OF PROGRESS IN BREXIT TALKS PUTS STERLING UNDER PRESSURE

The common currency price is falling today against the US dollar. Even with positive data releases out of the Eurozone today, traders were in no mood to buy up the euro. German factory orders in October rose by 0.5% against the forecasted decline of 0.2% and the retail PMI in the Eurozone rose to 52.4 in November compared to 51.1 in the previous period. However, the political crisis in the US over the investigation of Donald Trump’s ties with Russia and ongoing discussions on tax cuts will restrain the dollar bulls.

The British pound is losing positions due to lack of progress in negotiations between the UK and the European Union on the Brexit terms. The British Prime Minister is trying to reach an agreement on the key conditions of the Brexit, but at the center of attention remains lack of support for Mrs. May among her ministers and unsolved questions on the border between Northern Ireland and the Republic of Ireland.

The Australian dollar has fallen today after the release of disappointing statistics, according to which the Australian economy expanded by only 0.6% in the third quarter against the 0.7% expected and 0.9% in the previous period. Trading tomorrow is likely to be influenced by the release of the trade balance at 00:30 GMT and by the new home sales release in Australia published at 22:30 GMT later today.

Investors are waiting for the labour market data in the US, which will be released on Friday which may provoke a volatility spike as it is a key indicator on the Fed’s decision for an interest rate hike in December.

The EUR/USD quotes were not able to leave the limits of the local descending channel and currently are located near 1.1825. The signal to buy in case of the price breaking through 1.1850 will be the overcoming of the local high at 1.1850. In this case, the targets will be at 1.1925 and 1.2000. On the other hand, within the limits of the channel, quotes may reach the closest objective at 1.1730. 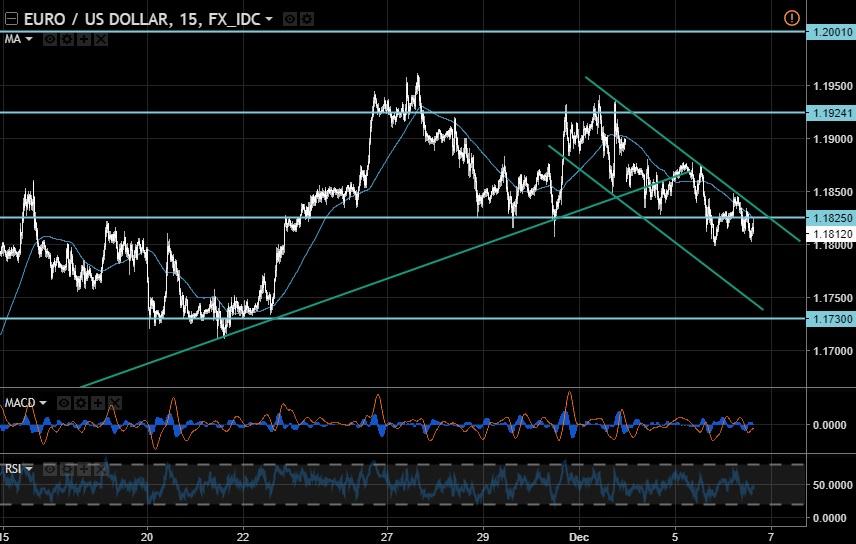 The GBP/USD quotes have broken through the lower boundary of the ascending channel. Fixing under the local support at 1.3350 may lead to the fall acceleration and within this impulse, the price may reach the immediate goals at 1.3250 and 1.3150. In case of correction, the quotes may return to SMA100 on the 15-minute chart. 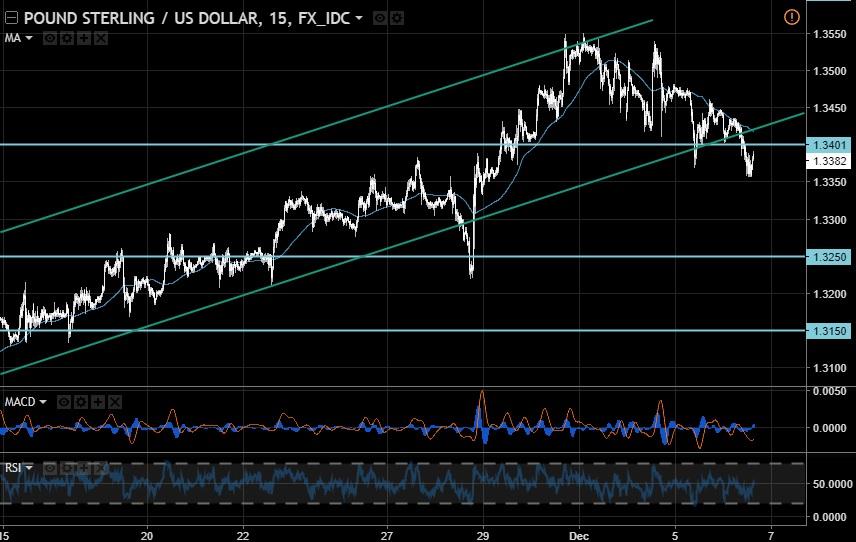 The aussie quotes have shown a strong descending movement but were not able to reach the strong support at 0.7565. During the rising price correction, the AUD/USD may return to 0.7600 and its breaking may force the bulls to push the price higher to 0.7660. Volatility is likely to remain high. 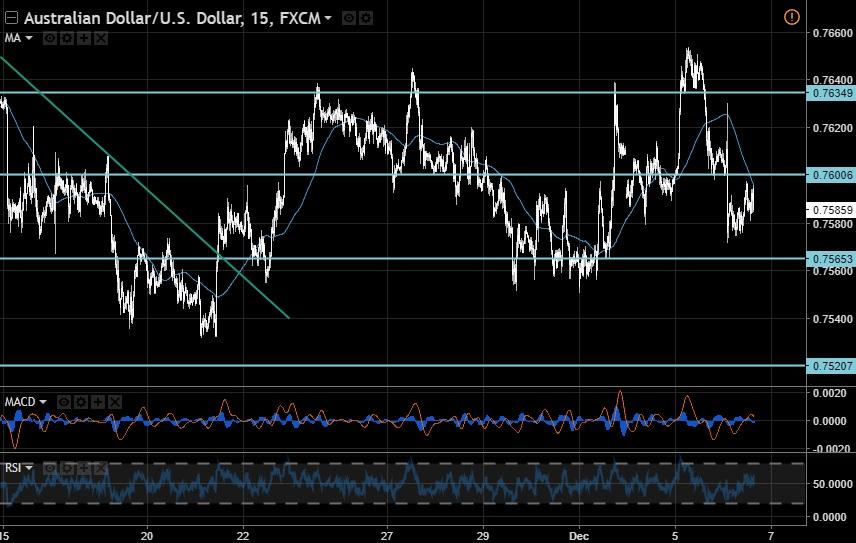