The EUR/USD price is consolidating after the previous ascending movement which was caused by news of the tax cuts in the US being postponed until 2019. Anticipated changes in the fiscal policy of the US were among the main drivers for the increase of the greenback after the election of Donald Trump as President. Today is a holiday in the US and activity of traders will be lower than usual.

Some negative news for the euro came from the fall of Italian industrial production by 1.6% in September against the forecasted decline of 0.3%. The same indicator increased in France by 0.6%, in line with expectations. Investors keep monitoring the results of President Trump’s meetings with leaders of Asian countries during his trip to the region. In case of rising tensions connected with the threat from North Korea, the demand for defensive assets like gold and the Japanese yen may rise.

GBP/USD bulls were encouraged by weak positions of the US dollar and positive macro data on British industrial production which grew by 0.7% September against 0.3% forecasted. At the same time, the deficit of trade balance was 11.3 billion pounds compared to the 12.9 billion pounds predicted. The GDP forecast from NIESR has also improved to 0.5% compared to 0.4% earlier.

The aussie dollar is losing positions today after the RBA’s monetary policy statement where it was noted that price growth of the national currency will slow. At the same time, housing market growth has slowed down, especially in Sydney and that is having a negative impact on the AUD/USD quotes, though this will reduce risks for the Australian banking system in the future.

The EUR/USD is consolidating above the strong 1.1620 level, fixing above it may be the basis for a further price increase up to 1.1730 and the upper limit of the descending channel. In case of the fall resuming, the closest targets will be at 1.1550 and 1.1500. The amplitude of price fluctuations remains low and we are likely to see the growth of volatility next week. 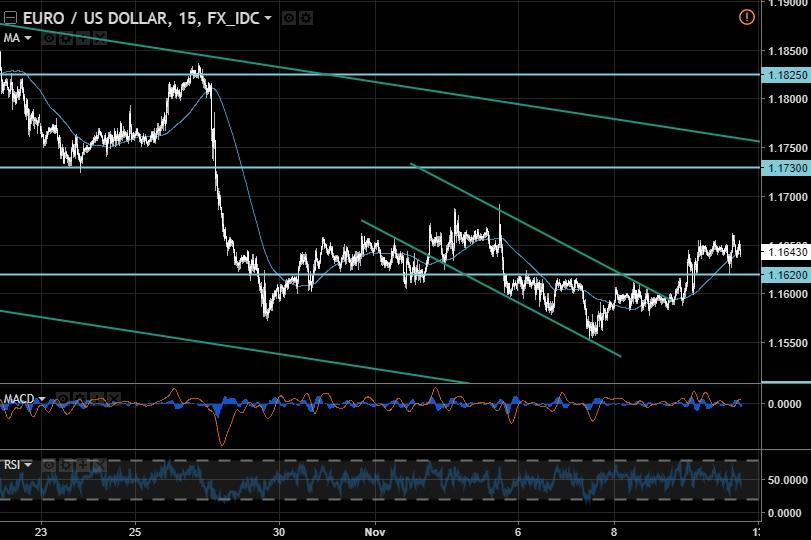 The British pound demonstrated a powerful rising impulse caused by positive macro data in the UK. In case of maintaining the current movement, quotes may reach 1.3250 and 1.3400. The RSI on the 15-minute chart is in the overbought zone which indicates the possibility of the soon rollback with potential objective at 1.3150. 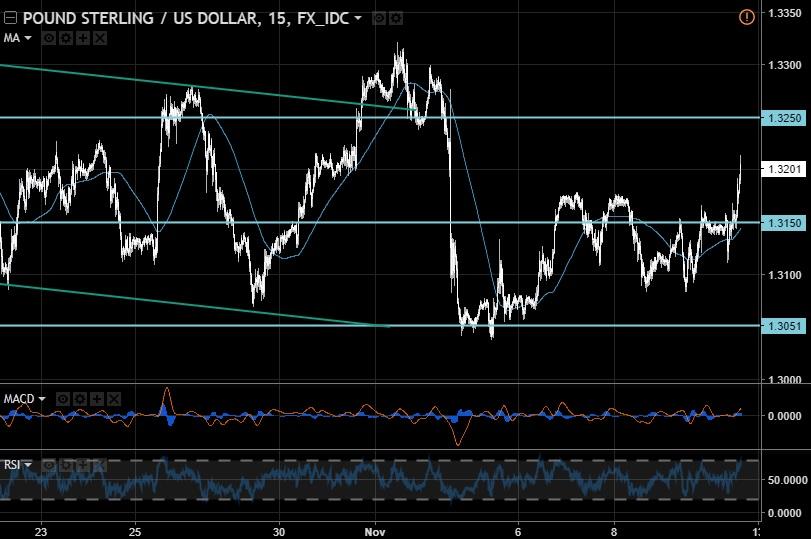 The AUD/USD has failed to overcome the resistance at 0.7700 and is falling within the sideway corridor at 0.7635-0.7700. The first target within the descending movement will be at 0.7635 and its breaking may trigger the acceleration of the price decline. In order to change the trend to positive, it is necessary to gain a foothold above 0.7700. 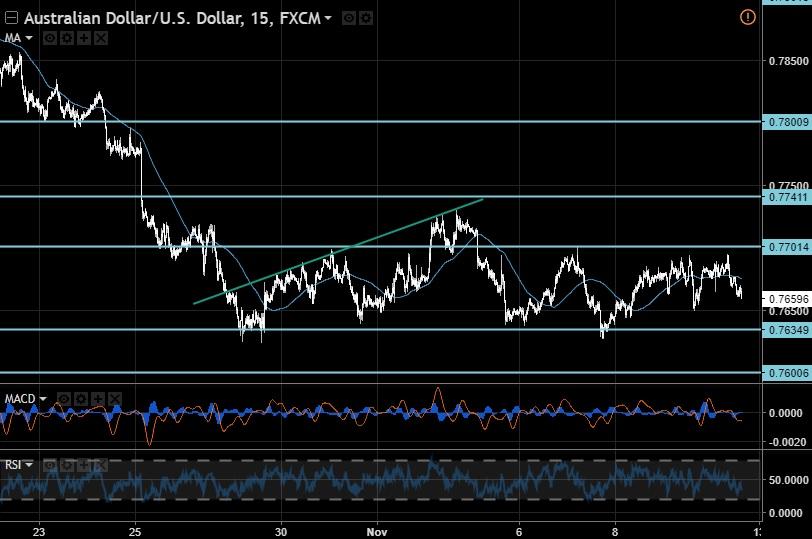