The mission of the Organization of the Petroleum Exporting Countries, (OPEC), is to coordinate and unify the petroleum policies of its Member Countries and ensure the stabilization of oil markets. OPEC was initially formed to secure an efficient, economic and regular supply of petroleum to consumers, a steady income to producers, and a fair return on capital for those investing in the petroleum industry.

The Federal Open Market Committee that organizes 8 meetings in a year and reviews economic and financial conditions, determines the appropriate stance of monetary policy and assesses the risks to its long-run goals of price stability and sustainable economic growth. FOMC Minutes are released by the Board of Governors of the Federal Reserve and are a clear guide to the future US interest rate policy. 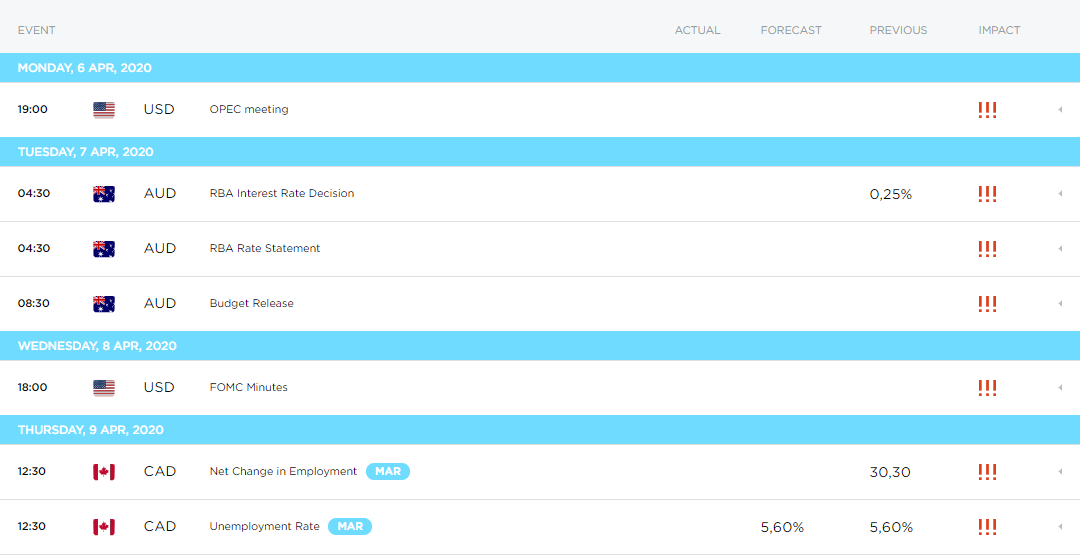 The Canadian Employment Change is released monthly by Statistics Canada and measures the change in the number of people employed in Canada. A rise in employment, consumption, and expenditures may lead to increased inflationary pressures that encourage central banks to tighten monetary policy. A weak jobs figure may prompt the Bank of Canada to act to reduce unemployment.

The Chinese Consumer Price Index is released by the National Bureau of Statistics of China and measures the change in the price level of a market basket of consumer goods and services purchased by households. The CPI is a key indicator that measures inflation and changes in purchasing trends. CPI is one of the most frequently used statistics for identifying periods of inflation or deflation.