During the upcoming trading week the United Kingdom economy is heavily in focus, alongside the release of key central bank Meeting Minutes. The United Kingdom economy releases high-impacting Jobs, Unemployment, Manufacturing, Inflation and Retail Sales figures this week. Central bank Meeting Minutes from the Reserve Bank of Australia and the FOMC are also scheduled to be released this week.

Markets attention will also be focused on eurozone PMI data, with particular emphasis on German manufacturing data. The Australian economy will release the nations key monthly Job report, while investors also look to CPI inflation numbers from the United States, Canada and South Korean economies, and a rate decision from the PBOC.

Eurogroup meetings are attended by the Eurogroup President and the Finance Minister of each Member State of the euro area. The Commissioner for economic and monetary affairs, and the President of the European Central Bank also attend these meetings. The Chairman of the Economic and Financial Committee's Eurogroup Working Group also attends, to present the preparatory work done in that Group.

The United Kingdom Claimant Change is released by the  National Statistics and measures the change in the number of unemployed people in the UK. This claimant figure is not an unemployment indicator, it is simply measures the number of people claiming benefits. The British pound can be heavily effected by a worse or better-than-expected claimant count number. 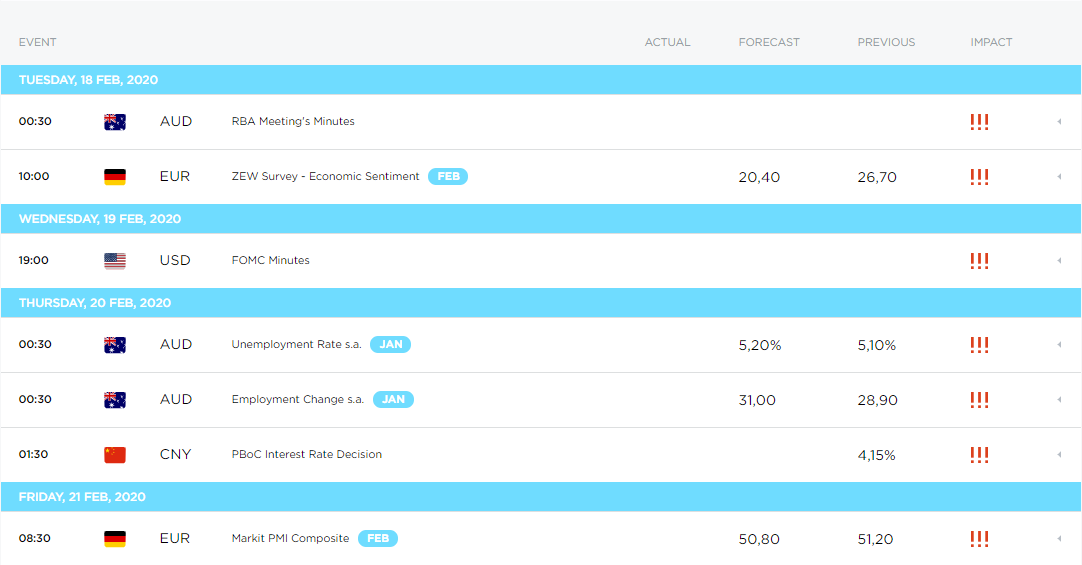 The Australian Unemployment Rate is released by the Australian Bureau of Statistics and measures the percentage of the total work force that is unemployed and actively seeking employment during the previous month. The figure has a significant impact on the market because of the overall importance of employment for the economy, and can heavily effect the AUD/USD pair.