Manufacturing and US job data on the agenda this week

During the upcoming trading week traders look to the releases of key global manufacturing data and the job of the Nonfarm payroll report from the US economy. The ISM Manufacturing report from the United States and the UK PMI will be watched closely by investors. Employment data from the US will be another key focus, with the United States economy expected to have created around 155,000 new jobs during the month of December.

The Reserve Bank of Australia rate decision will be closed this week, as the spread coronavirus threatens to dampen the prospects of the closely linked Chinese and Australian economies. The eurozone economy is also in focus, with the release of EU and German PMI data and monthly Retail Sales figures. 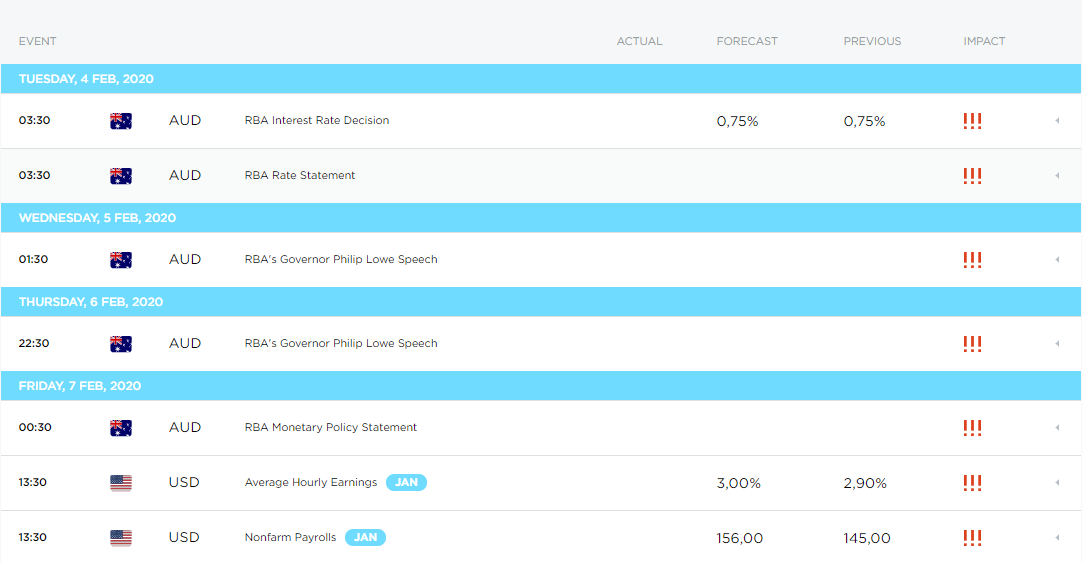 The German Factory Orders, released by the Deutsche Bundesbank is an economic indicator that reports the dollar level of new factory orders for both durable and non-durable goods. The demand for German industrial products reflects the strength of the Factory Orders. The rise of the figure can indicate an expansion of the German economy. The figure is adjusted seasonally.