During the upcoming trading week market participants look to the release of the US Nonfarm payrolls job report and a host of high-impacting EU data release. Most economists are expecting that the United States economy added around 170,000 new jobs during the month of December.

The eurozone economy is also in focus, with the release of EU and German PMI data and the official EU Unemployment Rate and monthly Retail Sales figures.

Other highlights on the economic calendar this week include the UK Services PMI and the release of key Consumer Price Index data from the Chinese economy. Traders will also be closely monitoring ongoing tensions between the United States and Iran.

The EU Purchasing Managers Index is an indicator of business activity in the manufacturing and services sectors. It is a survey-based measure that asks the respondents about changes in their perception of some key business variables from the month before. Released by Markit Economics, it is based on surveys of over 300 business executives in private sector manufacturing companies and also 300 private sector services companies. 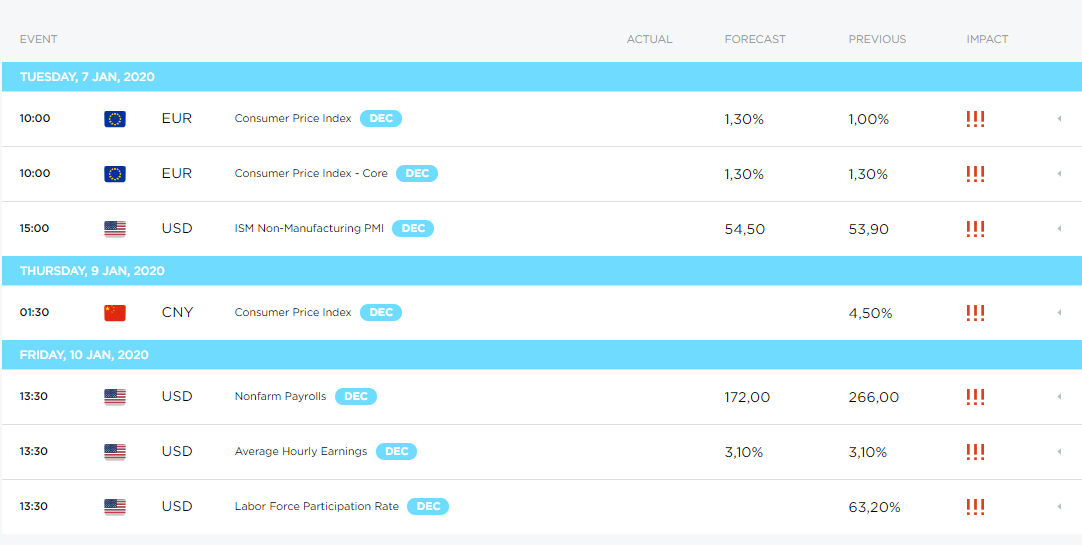