During the upcoming trading week, the United Kingdom economy is heavily in focus as the UK releases a raft of important data including GDP, Industrial Production, Manufacturing, Retail Sales, Inflation, Wage and Employment. The Reserve Bank of New Zealand rate decision is also a major event this week, with most economists split as to whether the central bank will cut interest rates in November.

The Australian monthly Employment employment report is also a key consideration for traders and could determine whether the Reserve Bank of Australia cut rates in December. FED Jeromy Powell will also testify before US Congress this week, while the United States economy releases key Retail Sales and Consumer Price Inflation figures.

UK third-quarter Gross Domestic Product measures the market value of all final goods and services during the period of July 1st until September 31st inside the United Kingdom. Because most of the report components are known in advance, the actual GDP figure is usually well anticipated. Strong growth in quarterly GDP is related to a healthy economy, while weak growth is a cause of concern and may prompt central bank policy action.

The Center for European Economic Research releases the ZEW survey for financial experts across Europe on a monthly basis in order to create a mid-term forecast in regards to Germany's economic situation. The survey's responses are restricted to positive, negative or unchanged for all components. Due to the simplicity in its structure, the survey is quick and efficient in terms of turnaround time. Experts are also asked for a qualitative assessment of the inflation's direction, interest rates, exchange rates and the general stock market within the following six months. 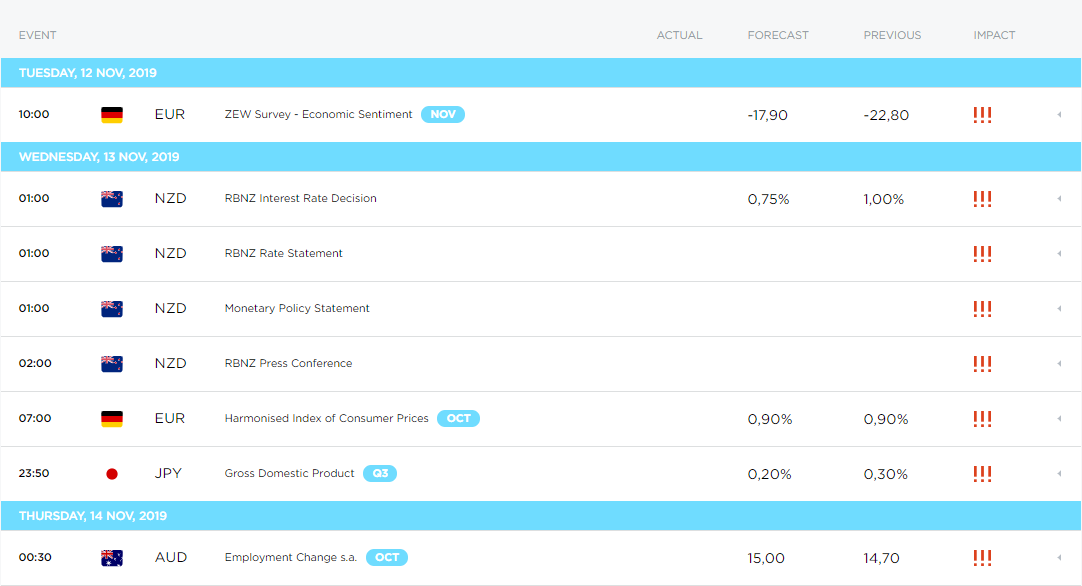 United States retail Sales is released by the US Census Bureau and measures the total receipts of American retail stores. Monthly percent changes in the headline number reflect the rate of changes in overall retail sales. Changes in the headline number are widely followed as an indicator of consumer spending. Generally speaking, a high reading is seen as positive for the US dollar, while a low reading is seen as negative for the US dollar.