During the upcoming trading week, traders and investors look to the European Central Bank rate decision and press conference with ECB President Mario Draghi for guidance. The ECB is unlikely to cut interest and increase monthly QE purchases at the October meeting. Market participants also will be keen to learn if the Governing Council has turned more dovish or hawkish since the September ECB meeting. This is President Draghi’s last ECB meeting before Christine Lagarde is appointed ECB President on November 1st.

Aside from the ECB decision, we see the release of October PMI manufacturing data from the eurozone economy and a raft of economic data from the German economy. The US economy also releases important Durable Goods Order data and monthly Consumer Confidence figures later this week.

The Producer Price Index released by the Statistisches Bundesamt Deutschland and is a key index that measures the change in prices received by domestic producers of commodities in all stages of processing. Changes in German Producer Prices are an indicator of commodity inflation, German PPI excludes volatile items, such as energy components and seasonal food, in order to provide a more accurate picture of price developments.

Canadian Retail Sales are released by Statistics Canada and measure the change in the total value of inflation-adjusted sales at the retail level. The headline figure represents a measure of consumption and consumer confidence. Retail sales are considered an important leading indicator for the Canada economy and can influence future central bank policy decisions. 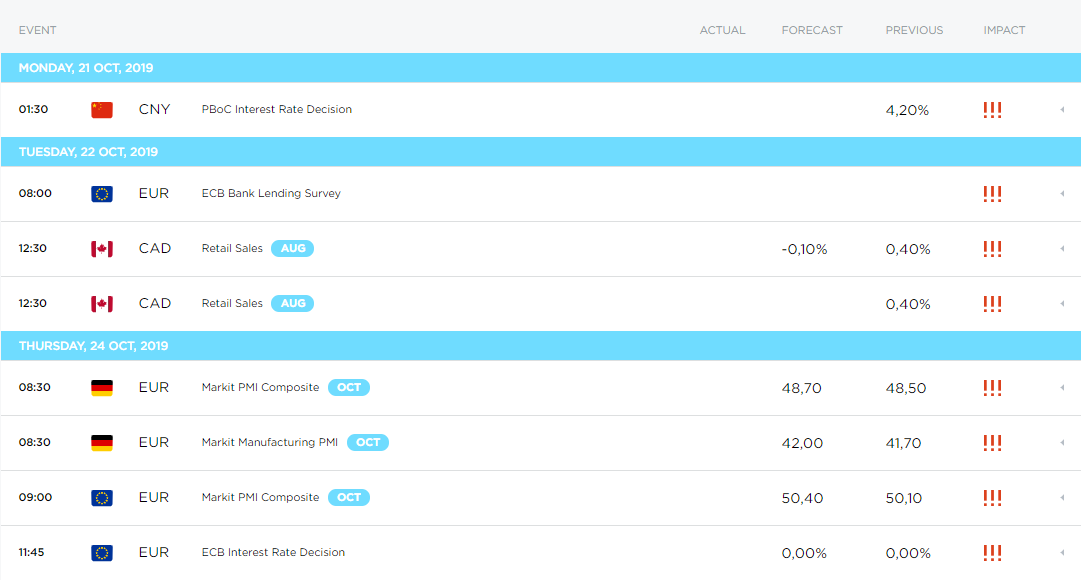 Eurozone Consumer Confidence measures the level of consumer confidence in economic activity inside eurozone nations. The reading is taken from a survey of about 2,300 consumers in the eurozone, which asks respondents to evaluate future economic prospects. This indicator focuses on four key metrics, the financial situation of households, the general economic situation, unemployment expectations, and savings.

The German IFO Survey is comprised of three components, the Current Assessment Survey, Business Climate Survey, and the Business Expectations Survey. The IFO Survey is a widely observed early indicator of the overall health of the economy. Traders and Investors pay close attention to the IFO Survey, as it can be a leading indicator for current and future trends developing in the German economy.