FOMC and trade talks to set the tone for financial markets

During the upcoming trading week, the United States economy is heavily in focus as we see the release of the FOMC and the resumption of Sino-US trade talks. The FOMC meeting minutes may shed some light on whether the US central bank will reduce interest rates later this month. Sino-US trade talks are also resuming in Washington DC this week, with expectations low that a trade deal will finally be agreed. The US economy also looks to a scheduled speak from FED Chair Powell and the release of important CPI and PPI inflation data.

Aside from US data we see the release of the ECB monetary policy meeting accounts, which may also provide an indication as to whether the ECB will reduce interest rate this month and provide further monetary policy stimulus. The Canadian economy also releases important monthly jobs numbers, housing, wage data, and the official unemployment rate.

German Factory orders are released by the Deutsche Bundesbank and include key data taken from German shipments, inventories, and new and unfilled orders. An increase in the factory order total may indicate an expansion in the German economy and could be an inflationary factor. It is worth noting that the German Factory only has a limited impact on the total eurozone Gross Domestic Product.

The US Producer Price Index is released by the Bureau of Labor Statistics and the Department of Labor. PPI measures the average changes in prices in primary markets of the US by producers of commodities in all states of processing. Changes in the PPI are widely followed by market participants as an indicator of commodity inflation 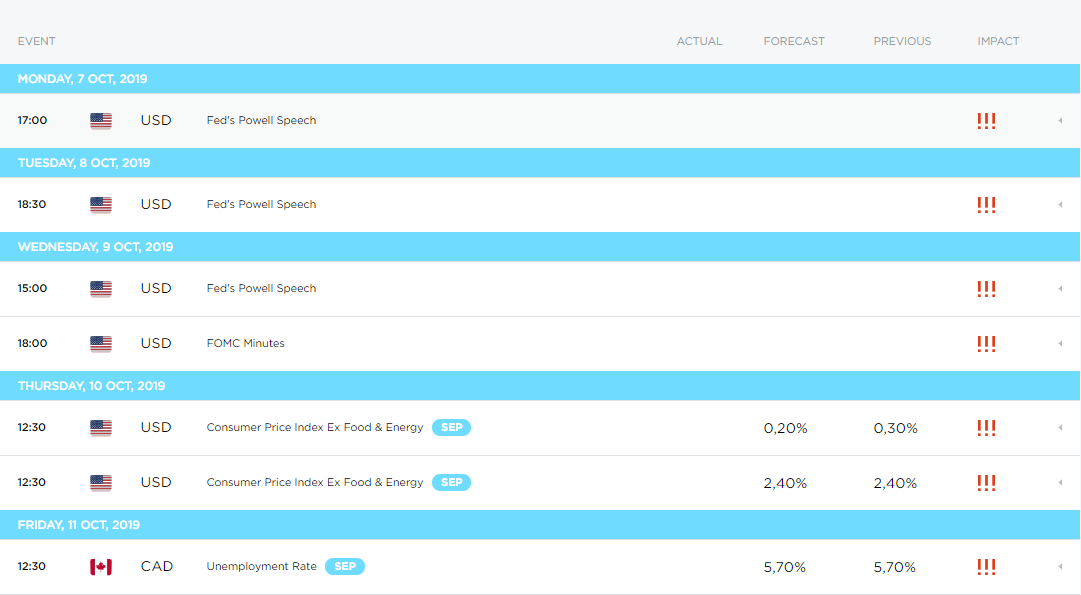 The Federal Open Market Committee Meeting Minutes gives some of the best insights into the Federal Reserve’s monetary policy decision-making process, and how the Federal Reserve currently thinks about economic developments inside and outside of the United States economy. The FOMC organizes eight meetings in a year to give a clear guide to the future US interest rate policy.