During the upcoming trading week, traders and investors look to the European Central Bank rate decision and monetary policy statement for direction. The ECB is widely expected to keep rates on hold and strike a more cautious towards the EU trading block, as German and French economic indicators are continuing to deteriorate.

Aside from the ECB, we see the release the Bank of Japan deciding on interest rates, key Gross Domestic Product figures from the Chinese and South Korean economies and jobs data from the United Kingdom and Australia. The United States and eurozone economies will also release key PMI manufacturing readings.

The German Producer Price Index is released by the Statistisches Bundesamt Deutschland and measures the average changes in prices inside Europe’s largest economy. Changes in the Producer Price Index is widely followed by market participants, as they provide an indicator of commodity inflation. Generally speaking, a high reading is seen as bullish for the euro currency, whereas a lower reading is seen as bearish for the euro currency. 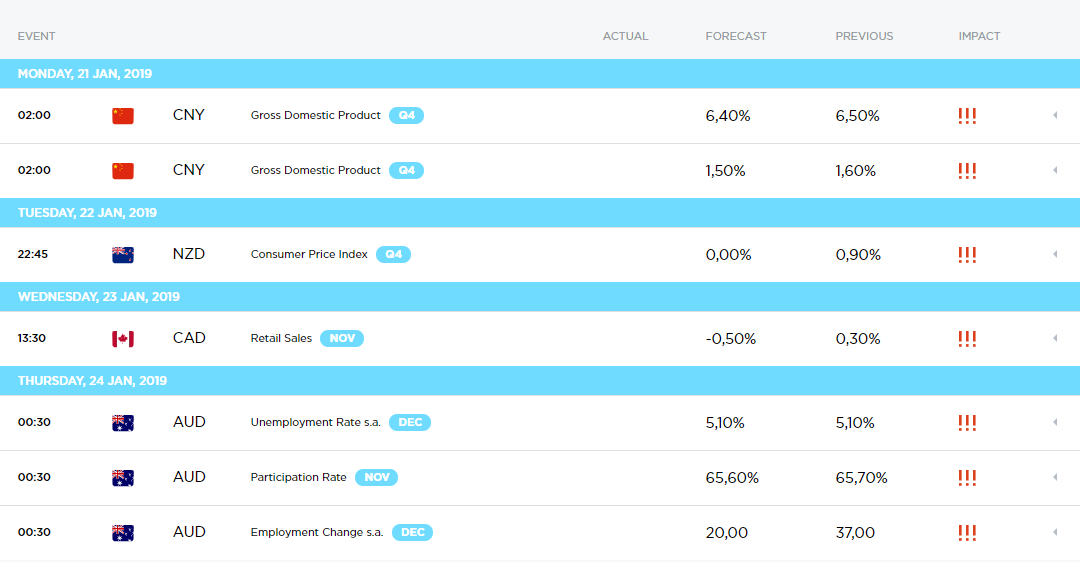 Canadian Retail Sales is released by the Statistics Canada and measure the overall change in the total value of inflation-adjusted sales at the retail level. The figure represents a measure of consumption and consumer confidence in the Canadia economy, as retail trade is an important leading indicator for the overall health of the Canadian economy.

After the ECB Interest Rate Decision is announced, the European Central Bank holds a lengthy monthly conference with ECB President Mario Draghi delivering a prepared statement. The main points of the conference are inflation and an economic overview and examination of the causes behind the Governing Council’s decision. During the conference, ECB President Draghi answers questions and also gives important clues related to future monetary policy.

US Durable Goods Orders is a government report, released by the US Census Bureau which measures consumer spending on long-term purchases and products that are expected to last more than three years. Weakening economic conditions causes sales of durable goods to suffer, as consumers may start to delay the purchases of typical durable items such as cars and televisions.