Financial markets are likely to see reasonable amounts of trading activity in the final trading week before the Christmas holiday period begins, with a host of top-tier macro-economic data being released. U.S politics is also in focus, with the Trump administrations tax reform bill going into Congress, and the U.S government shutdown approaching.

The main event this week on the macroeconomic calendar will be the Bank of Japan policy decision, with Governor Kuroda's speech also awaited by market participants. We also see the release of the Reserve Bank of Australia's meeting minutes from the last policy decision, and key November CPI figures from the United States, Canada and eurozone economies.

The eurozone releases key Consumer Price Index inflation data for the month of November, with most economists expecting inflation to remain unchanged from the previous month. CPI measures the change in the price of goods and services from the perspective of the consumer, it remains a key way to measure changes in purchasing trends and inflation.

The New Zealand economy releases third fiscal quarter Gross Domestic Product figures, with most economists expecting growth to have accelerated less than the previous quarter. GDP measures the annualized change in the inflation-adjusted value of all goods and services produced by the economy. It is the broadest measure of economic activity and the primary indicator of the economy's health. 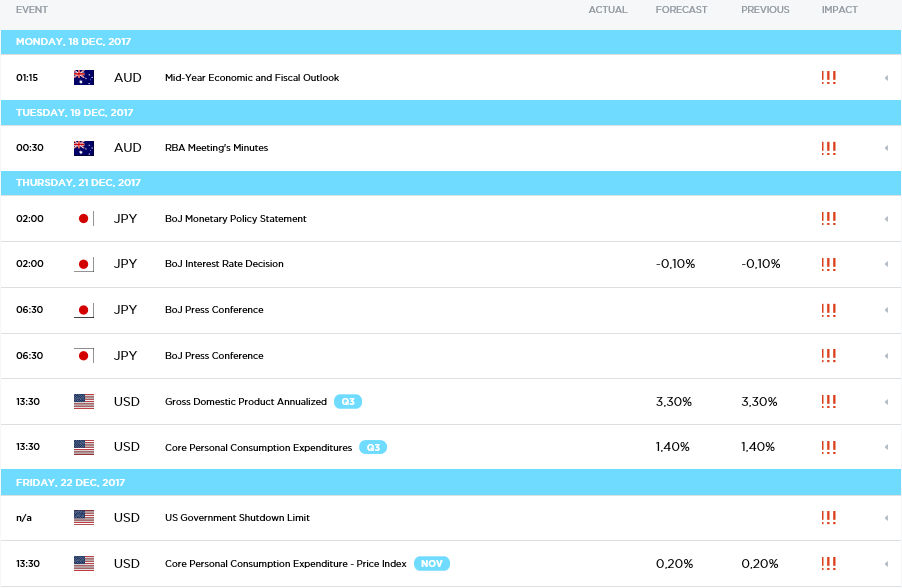 Bank of Japan policy board members come to a consensus on where to set the Japanese interest rate on Thursday. Traders watch interest rate changes closely, as short-term interest rates are the primary factor in currency valuation.

New Home Sales measures the annualized number of new single-family homes that were sold during the previous month. This report tends to have more impact when it's released ahead of Existing Home Sales because the reports are tightly correlated.