The U.S JOLTS job openings is a survey done by the U.S Bureau of Labor Statistics, to help measure job vacancies in the United States. It collects data from employers about their businesses employment, job openings, recruitment, hires, and separations.

JOLTS defines job opening, as all positions that are open on the last business day of the month. The November figure is expected to come in-line with the previous month's number, of 6,090 million.

The Australian Mid-Year Economic and Fiscal Outlook is published by the Australian government every six months, and provides an update on the economic and fiscal outlook from the previous budget statement. 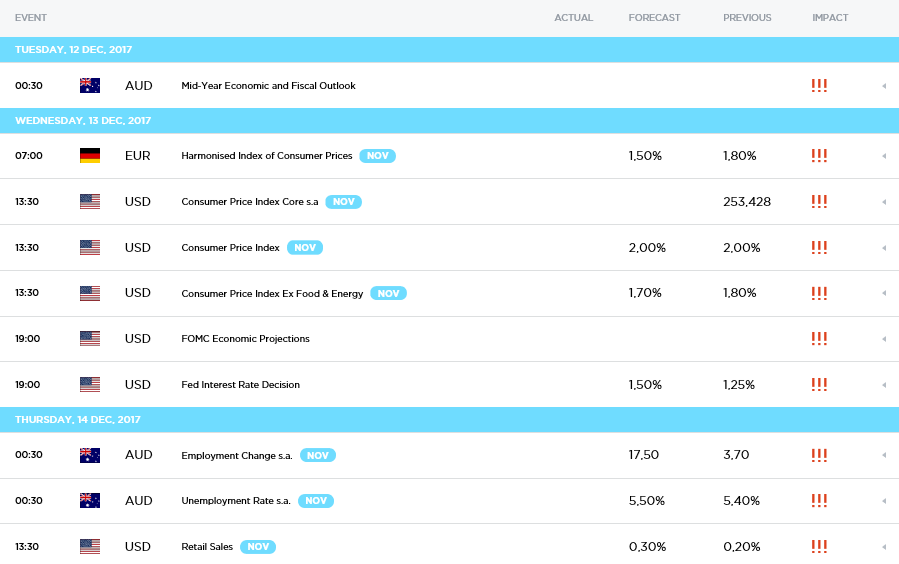 Generally speaking, when the policy statement is released, if the Federal Reserve are hawkish about future interest rate hikes, and the inflationary outlook of the economy, it should be taken as bullish for the U.S dollar.

The six members of the European Central Bank Executive Board and the 16 governors of the euro area central banks vote on where to set the eurozone interest rate. Traders watch interest rate changes closely as short-term interest rates are the primary factor in currency valuation.

The Indonesian economy releases year-on-year comparison exports figures for the month of November, with economists expecting the headline number to show that exports increased 16.59 percent.