The New Zealand dollar rose against the US dollar after the latest interest rate decision by the RBNZ. The central bank left the interest rate unchanged at 0.25% and continued with its quantitative easing policy. In this policy, the bank is acquiring assets worth N$100 billion in a bid to support the economy. The program will end on June 22 this year. The bank also upgraded its inflation target because of recent supply chain disruptions and higher oil prices. It also addressed the rising house prices, which have soared recently, helped by the low-interest rate regime.

The Japanese yen strengthened against the US dollar even after disappointing economic numbers from Japan. The numbers revealed that machinery orders declined by 8.5% in February this year after falling by 4.5% in the previous month. This decline was worse than the expected increase of 2.8%. The orders fell by 7.1% on a year-on-year basis after rising by 1.5% in January. These numbers, coupled with the recent weak wage growth data, show that the Japanese economy is recovering at a slower pace than other countries.

The NZD/USD pair rose to a high of 0.7065 after the latest RBNZ interest rate decision. On the four-hour chart, the price managed to move above the upper side of the symmetrical triangle pattern. It has also moved above the 25-day EMA and is along the upper line of the Bollinger Bands. The Relative Strength Index (RSI) has also started rising. Therefore, by having a bullish breakout, the pair may keep rising as bulls target the 61.8% Fibonacci retracement level at 0.7140. 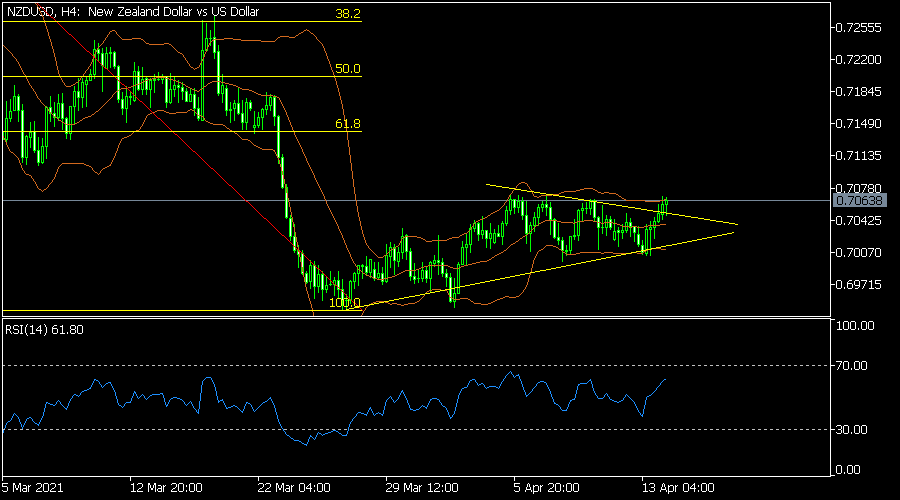 The EUR/USD pair jumped after strong US consumer inflation numbers. It rose to a high of 1.1958. On the four-hour chart, the pair had formed a bullish flag pattern, which is usually a sign of continuation. It has moved above the 25-day moving average and risen to the highest level since March 16. The Relative Strength Index (RSI) has moved to the overbought level. The pair will likely continue rising as bulls target the next key resistance at 1.1990. 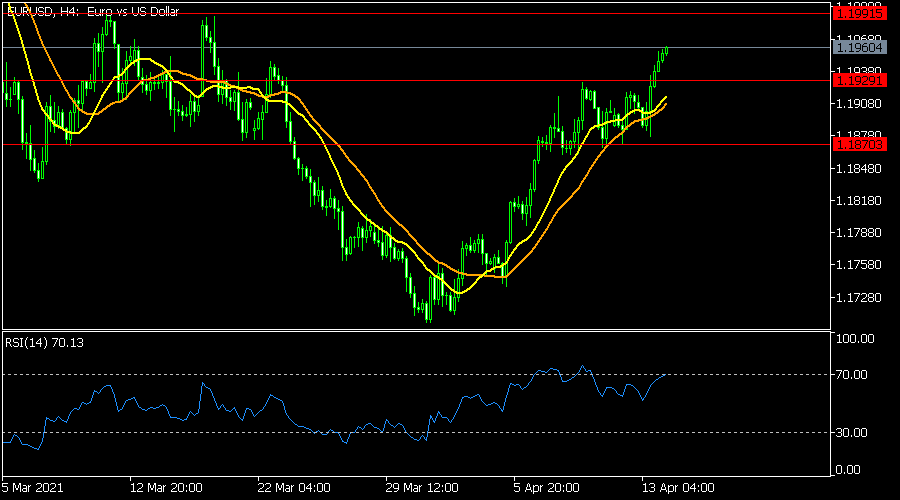 The USD/JPY pair dropped to an intraday low of 108.70, which was the lowest level since March 25. On the four-hour chart, the pair managed to move below the ascending yellow trendline. It has also dropped below the 25-day moving average while the signal and main lines of the MACD are below the neutral line. The Relative Strength Index (RSI) has moved below the oversold line. Therefore, the pair may keep falling as bears target the support at 107.50. 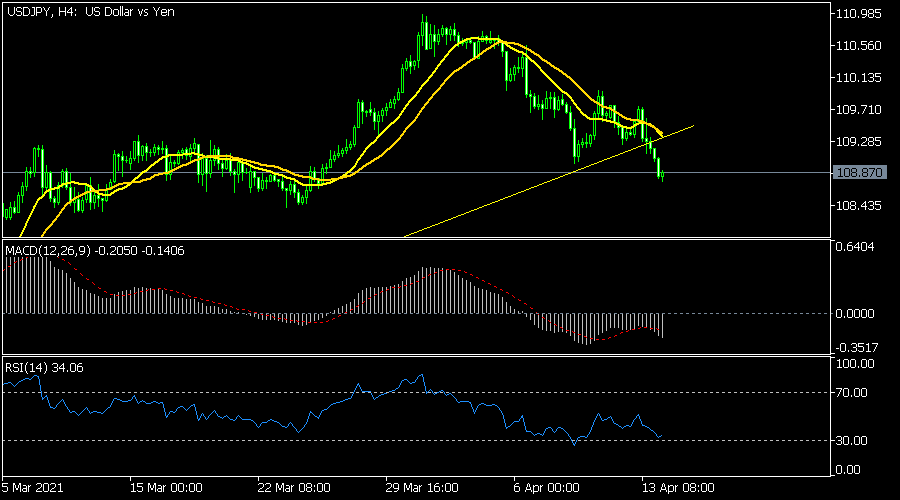