US futures cautious ahead of earnings season

The US dollar was little changed in the Asian session after Jerome Powell said that the American economy was at an inflection point. In an interview, he said that hiring was set to continue but warned that a new surge of coronavirus cases threatened this recovery. In the previous statements, Powell said that the US was going through an uneven recovery and pledged that the Fed will not tighten too soon. Recent data showed that inflation was approaching the Fed target of 2.0% while the unemployment rate was easing. At the same time, the number of Americans applying for jobless claims rose in the previous week.

US futures started the week cautiously as investors look ahead to the earnings season. The Dow Jones futures dropped by 100 points while the S&P 500 declined by 12 points. This week, top companies like Citigroup, JP Morgan, Pepsi, and Wells Fargo will deliver their first-quarter earnings. In general, analysts expect earnings to rise by 24%, according to data compiled by FactSet. This growth will be helped by the recent stimulus packages and the fact that many states started to ease lockdowns as the government ramped up its vaccination drive.

The Japanese yen gained slightly against the US dollar after the latest producer price index (PPI) data from Japan. Data showed that the PPI increased from 0.6% in February to 0.8% in March. This was better than the median estimate of 0.4%. It led to an annualised growth of 1.0%, a sharp increase from the previous decline of 0.6%. On Friday, the US PPI rose by 1.0% in March and at an YoY pace of 4.2%. Later today, the top data to watch will be the Eurozone retail sales, Chinese loan growth, and the Indian industrial production.

The EUR/USD is wavering today after Powell’s warning on the US economy. It is trading at 1.1885, which is slightly below last week’s high of 1.1927. On the hourly chart, the price has moved slightly below the 25-day and 15-day moving averages while the signal and histogram of the MACD moved below the neutral line. The Awesome Oscillator has dropped below the neutral line. The pair has also formed a small head and shoulders pattern, meaning it may keep falling in the near term. 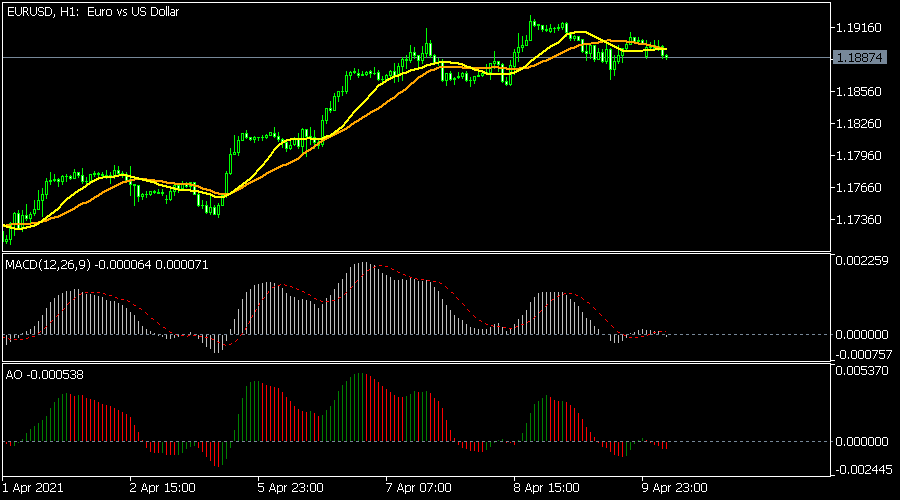 The GBP/USD pair declined slightly in the Asian session. It is trading at 1.3687, which is slightly above last week’s low of 1.3666. The price has formed a double bottom pattern and moved below the short and longer-term moving averages. It has also formed a pattern that resembles an inverted cup and handle. The RSI and MACD patterns have also dropped. Therefore, the pair may experience a short bullish pullback and then resume the downward trend. 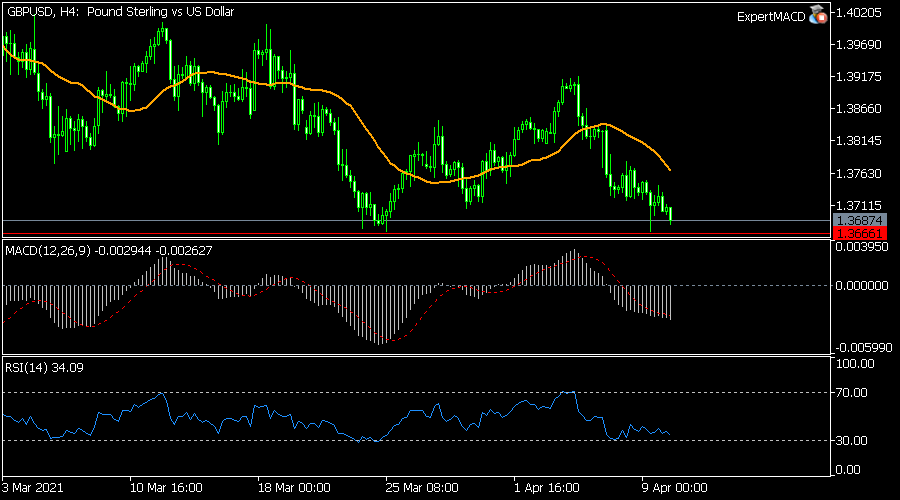 The USD/JPY pair declined to an intraday low of 109.52, which was slightly below last week’s high of 109.94. On the four-hour chart, the price was along the 25-day and 15-day moving averages while the MACD is below the neutral line. It is also slightly above the ascending yellow trendline. The upward trend will likely remain so long as the price is above this trendline. 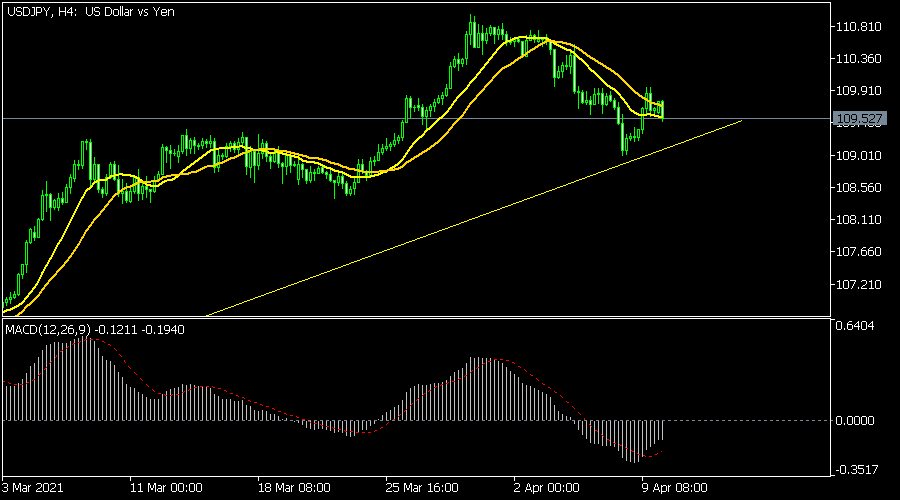